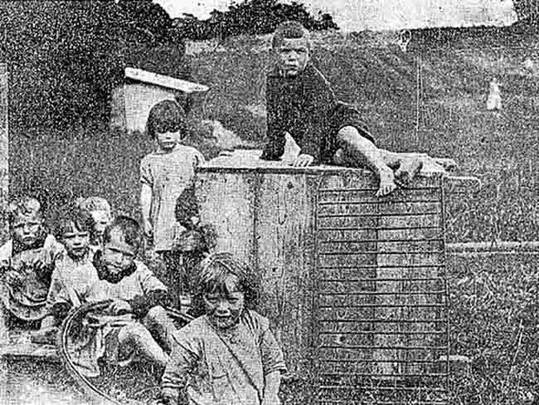 Irish Prime Minister Enda Kenny visited the US last week for what many in Ireland see as his farewell, St. Patrick’s Day tour. But by traveling to America, Mr. Kenny also briefly escaped a scandal that shows no sign of abating back home. Recent news headlines scream, “Tuam mother and baby home a chamber of horrors says Taoiseach” and “Enda Kenny says babies … were treated like ‘some kind of sub-species.’”

Tuam was ostensibly a maternity home, providing services to unmarried mothers and their illegitimate children. It was owned by Galway County Council, managed by Catholic nuns, and inspected by the State.

Earlier this month, the government’s “Commission of Investigation” vindicated the claims of local historian Catherine Corless, who asserted in 2014 that 798 children had died at the Tuam Home. Tests now confirm the presence of human remains in a series of underground chambers, consistent with young children from the period in which the Home operated (1926-1961).

Historian Catherine Coreless who fought to have the mass grave recognized.

The Sisters of the Bon Secours interred infant remains in what Minister for Children Katherine Zappone—who visited Boston last week—describes as “a series of chambers that may have formed part of sewage treatment works.”

The story connects to Ireland’s relationship with America as well. Institutions like Tuam sent over 2,000 children to the US for adoption between the late 1940s and early 1970s.  Ireland provided the requisite passport; the US Embassy in Dublin facilitated entry to the country by issuing a visa; and US Catholic Charities were anxious to provide oversight. We know a version of this story from the "Philomena" movie.

Meanwhile, other babies were trafficked illegally—the Irish Examiner reporting that senior Irish officials in 2012 expressed concern for as many as 1,000 children trafficked from the Tuam institution alone. No investigation ensued.

And, countless Irish mothers left these institutions and came to America—as Philomena Lee traveled to England—to start over, to escape the shame, stigma, and secrecy.  Many carry their loss in silence, like a scar that goes unseen.

Nuns caring for children who might be given up for adoption. (Photo: Mari Steed).

These mothers and children are Ireland’s hidden Diaspora.

More than all this, these revelations confront Irish society with questions that are not going away.

The Tuam story, lest we forget, follows on from the Ryan Report (2009) documenting “endemic” sexual abuse in residential institutions, the McAleese Report (2013) detailing arbitrary detention and compulsory labor in Magdalene Laundries, along with the reports confirming clerical abuse in the dioceses of Ferns (2005), Dublin (2009), and Cloyne (2011).

Mother and Baby Homes were never secret. Women in these institutions were daughters, sisters, and cousins. Children therein—siblings, grandchildren—were “boarded-out,” adopted, or transferred to Industrial Schools.

The Homes had a chaplain appointed by the local archbishop. They had State-licensed medical officers. They interacted with local businesses.

Twice a year these institutions supplied information on individual children, including deaths, to Ireland’s Department of Health.  In 2012, the Justice for Magdalenes (JFM) advocacy group submitted evidence to the McAleese Committee for 26 babies at Tuam in the mid-1950s, the “whereabouts” of whose mothers on the aforementioned forms indicated “In the Magdalen.”  One 10-month old baby died in Tuam while its mother washed society’s dirty laundry twenty miles away in Galway.

Irish society can no longer plead ignorance, and Tuam is clearly not an isolated case.

Women at work inside on of Ireland's Magdalene Laundries.

How many other children were discarded in mass graves? How many subject to vaccine trials without informed parental consent? How many bodies sold to Ireland’s medical schools? How many illegally adopted from these homes? How many mothers transferred to Magdalene Laundries?  And, how do the answers to these questions involve America?

Mr. Kenny’s government must now expand the Commission of Investigation’s Terms of Reference. It must ensure greater transparency in the Commission’s work. It must advertise the Commission’s existence to the “banished babies” and their mothers living in the US—Ireland’s “hidden” Diaspora.

And, it must embrace Minister Zappone’s call for transitional justice to supplement the ongoing investigation—accepting the truth that these events happened, owning them as part of the nation’s story, honoring the victims and acknowledging survivors, and recognizing the parts played by individuals, communities and institutions. Herein lies a path towards truth and restorative justice.

In the days following the publication of the Cloyne Report (2011), Mr. Kenny asserted, “This is not Rome. Nor is it industrial-school or Magdalene Ireland…This is … a Republic of laws, of rights and responsibilities, of proper civic order where the delinquency and arrogance of a particular version of a particular kind of morality will no longer be tolerated or ignored.”

James M Smith is associate professor in the English department at Boston College. He is author of Ireland’s Magdalen Laundries and the Nation’s Architecture of Containment, co-editor of Children, Childhood and Irish Society, and a member of JFM Research.