Deirdre Morley killed her three children Conor, 9, Darragh, 7, and Carla McGinley, 3, in her Dublin home in January 2020 and has been treated at the Central Mental Hosptial ever since. 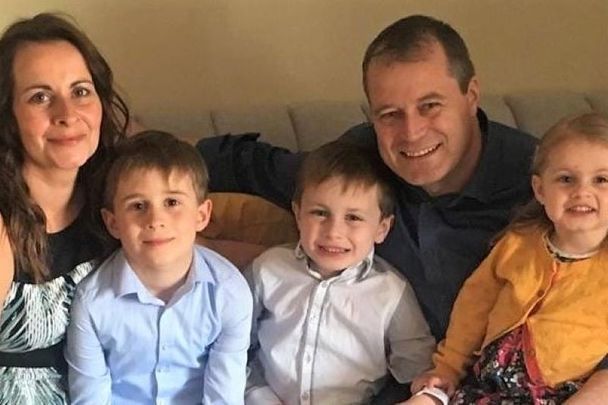 A mother who was found not guilty of murdering her three children by reason of insanity has applied for partial release from the Central Mental Hospital in Dublin less than three years after being committed.

She was found not guilty of their murders by reason of insanity in May 2021 and has been treated at the Central Mental Hospital ever since.

However, her husband Andrew McGinley has confirmed that she has recently. made an application for a community release scheme.

McGinley told the Irish Independent that he was "surprised" that his wife could be considered for partial release so soon after her trial.

McGinley said he has provided "exclusion zones" where his wife will not be allowed to go to if she is granted partial release but said he cannot be certain that he will avoid a chance encounter because he does not if Morley is being housed in the HSE facility at Dundrum or Portrane.

He said he has only met Morley face-to-face once since the tragedy, adding that the thought of seeing his wife by chance is "extremely difficult" to think about.

"I have a friend who lives in Donabate and we often go walking on Donabate beach…. I have only met Deirdre face-to-face once since, and it was very difficult. I find it extremely difficult to think of bumping into her. I can’t imagine it, and I know there are other people who would feel the same way," McGinley told the Irish Independent.

He also said he finds it difficult to see how an "insane mind" can be mended in under three years.

"For the act to be an act of insanity, I struggle to see how an insane mind can be fixed in three years. If they’re telling me that three years is enough time to cure insanity, I find that difficult."

However, he admitted that the decision rests with his wife's medical team, stating that the responsibility "lies with them".

"I want the people who are making this decision to understand that they are accountable and the responsibility for the decision lies with them."