Andrew McGinley, whose wife Deirdre Morley killed their three children Conor, Darragh, and Carla in January 2020, has spoken out against proposed amendments to the Mental Health Act 2001. 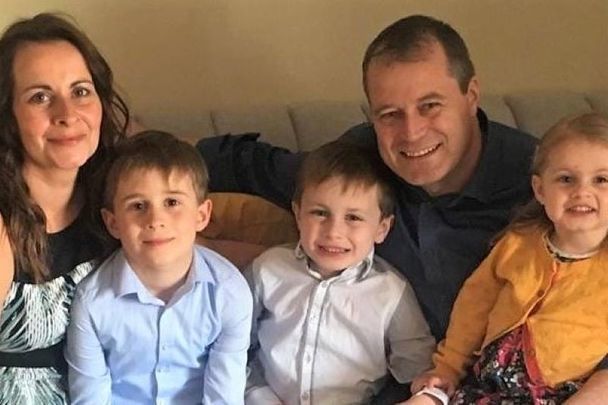 An Irish father whose children were killed by his wife has called for amendments to Ireland's Mental Health Act, warning that more tragedies will occur if the act is not amended.

Andrew McGinley, whose wife Deirdre Morley killed their three children Conor, Darragh, and Carla in January 2020, has spoken out against proposed amendments to the Mental Health Act 2001, which are set to go before the Oireachtas.

The amendments, which call for a person to be detained only when a "serious risk" is involved, have also been criticized by more than 200 Irish psychiatrists, who said that the proposed changes could be "potentially catastrophic" for patients.

McGinley is calling for family inclusion to be included in the amendment, which would ensure that families and loved ones would have a greater role in the mental health treatment of a patient.

He is joined by Una Butler, whose husband John killed their two children in 2010 before killing himself.

McGinley and Butler believe that both tragedies would have been avoided if families were included in patient care.

"We both fear that if the Act is not amended and if family inclusion is not part of it, then there will be more murder-suicides."

McGinley said there was still an opportunity to make the Mental Health Act "more patient-centric".

"Family inclusion has been recommended – but that is not enough. It should be made law."

The long-awaited revision of the 2001 Mental Health Act began last July, with the legislation now under scrutiny in the Oireachtas.

However, psychiatrists, GPs, and family members of people with mental illnesses have accused the government of not properly consulting with them during the drafting of the legislation.

A group of more than 200 psychiatrists has raised concerns over the amendment's ground for detention. Previously, the Mental Health Act allowed for detention on the grounds of presence of a mental health disorder and the presence of risk.

They says the amendment will prevent families and doctors familiar with the patient from "identifying early signs of relapse".

"This allowed for families and health professionals to begin to seek treatment before the inevitable progression of the illness. However, now the mental illness (such as psychosis or bipolar disorder) will need to be advanced to the point where there is a risk to life or health before treatment can commence," the group told the Irish Times.

They say there is no other illness where a patient has to deteriorate to a life-threatening state before doctors can begin treatment.