Deirdre Morley, who was found not guilty by reason of insanity of murdering her three children in Dublin, is suing Irish health services for "medical negligence." 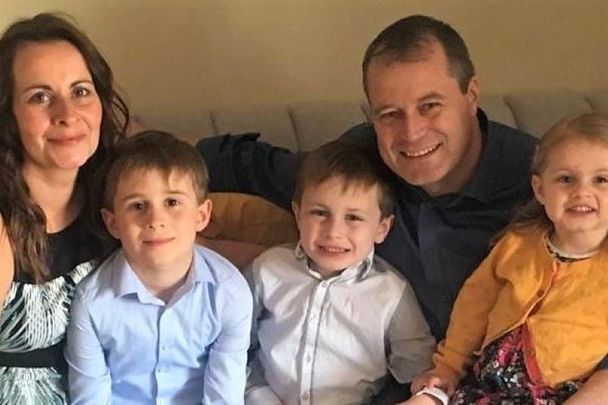 An Irish woman who killed her three children in January 2020 is suing Ireland's Health Service Executive (HSE) for "medical negligence".

Deirdre Morley was found not guilty by reason of insanity of murdering her three children Conor, 9, Darragh, 7, and Carla McGinley, 3, at their home in Newcastle, County Dublin, on January 24, 2020.

Morley's husband and the children's father Andrew McGinley has also initiated medical negligence proceedings in the High Court, stating that he wants to understand why his children died.

"This is a process I would much rather not be taking. I just want to understand why my children died," McGinley told the Irish Independent in a statement confirming that legal action had been taken.

Morley was found not guilty of her children's murders by reason of insanity last May and was committed to the Central Mental Hospital in June by Mr. Justice Paul Coffey.

Morley has been receiving psychiatric care at the Central Medical Hospital since shortly after her children's deaths in January 2020.

Andrew McGinley told the Irish Independent that his wife's trial raised a number of questions regarding her care before she killed their three children.

He added that his wife's medical diagnosis at the end of the trial differed from the one she received before the tragic incident and said that her initial diagnosis should have been queried during her professional care.

He also said that his wife showed enough warning signs during her care to warrant a breach of patient confidentiality to inform him of the extent of her mental illness.

"Confidentiality should have been breached. But someone chose not to," he said.

Morley's trial revealed that she concealed the full extent of her illness from her husband and other loved ones.

Morley, who worked as a pediatric nurse at Crumlin Hospital, had a long history of depression, her trial heard.

Her condition had escalated to delusion and psychosis by the time she killed her children.

She told gardaí that she killed them because she believed they had been damaged by her mental illness and her parenting.

She later expressed remorse but said that she had been unable to stop herself.

Morley had been on antidepressant drugs for two years before she killed her children and spent a short period in St. Patrick's Hospital in July 2019 after expressing suicidal thoughts.

Her harrowing trial heard how she smothered her three children with cushions, plastic bags, and sticky tape while her husband was away for work.

She suffocated Darragh and then suffocated her three-old-daughter Carla before collecting Conor from school and suffocating him as well.