A GoFundMe has been launched to help 6-year-old Danny Norris, who is battling Stage 4 High-Risk Neuroblastoma, access a vaccine trial at Memorial Sloan Kettering in NYC. 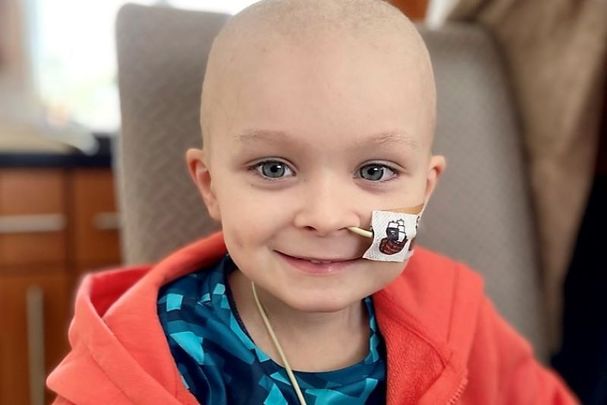 Danny Norris, 6, was diagnosed with Stage 4 High-Risk Neuroblastoma in July 2020. The Norris family

Danny Norris, 6, was first diagnosed with Stage 4 High-Risk Neuroblastoma in July 2020, forever changing his and his family's lives as their journey into childhood cancer began.

Since his diagnosis, Danny has endured months and months of treatment, and on one occasion, his parents Lar and Lisa Norris feared the worst when his body started shutting down due to infection.

Thankfully, the treatment Danny has been receiving appears to be working, but has a high relapse rate of 60%. If Danny relapses, he cannot undergo the same treatment again and he has just a 10% chance of survival the second time around – which is a startling statistic for his family. 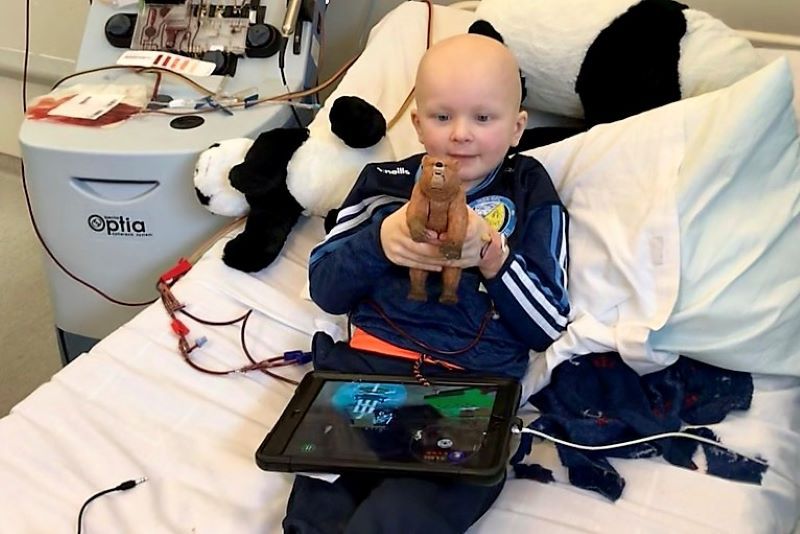 Danny's parents are now hoping to get their son access to a Bivalent Vaccine trial at Memorial Sloan Kettering Hospital (MSK) in New York next year. The vaccine aims to reduce the chances of  Danny’s Neuroblastoma returning.

The new trial is actively accruing and is five years in length. If eligible, Danny would receive 14 injections of the vaccine: seven in year one, four in year two, and one in years three, four, and five.

This cutting-edge treatment is currently unavailable in Ireland and is not funded by health insurance or the HSE. The family is appealing to the Minister for Health to assist in this matter.

The treatment costs a staggering €380,000 and the Norris family must raise these funds themselves over the next four months.

To assist the Norris family in getting access to potentially life-saving treatment for Danny, a GoFundMe has been launched, which has so far reached under a third of its €380,000 goal. 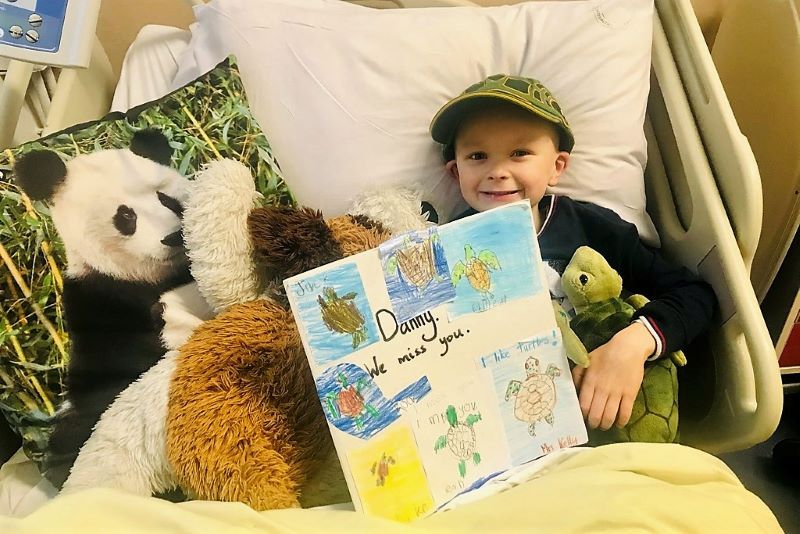 Danny's doting mum Lisa says: "Since diagnosis, life has changed dramatically not only for Danny but for us as a family.

"A typical day can involve blood pressure checks, medication, injections, blood tests, and transfusions. Danny experienced pain and discomfort, as well as all side effects usually associated with chemotherapy, but he rarely complains.

"Unfortunately, due to Danny’s susceptibility to infection, there were times when almost all activities had to be based indoors. This was a big change as Danny is usually a very active little boy who loves playing outside, going for walks, cycling his bike, and bouncing on the trampoline.

"Danny had to remain in isolation in Crumlin for almost nine weeks earlier this year. We were residents in the transplant unit for Valentine’s Day, Patrick’s Day, and Easter. Danny’s older brother Shay celebrated his 8th birthday in the Ronald McDonald House, waving to his brother through the hospital window."

Lisa notes how proud she and Lar are of their three sons who have adapted. "The periods of prolonged and unexpected separation have been particularly difficult for all three boys and the high levels of uncertainty they now face on a daily basis have been quite an adjustment for them all.

"The Covid Pandemic has further complicated the situation for the boys as it means that when Danny is an inpatient, there can be no visits due to current restrictions."

Lisa adds: "As parents, we endeavour on a daily basis to keep things as 'normal' as possible, but there is nothing normal or fair about childhood cancer. It has robbed the boys [Danny and his brothers Charlie, 10, and Shay, 8] of their previously carefree existence and made them members of an exclusive club, a club that nobody wants to join.

"There have been times when we have questioned why us? But why not us? The reality is that life for anybody can change in a heartbeat.

"It’s certainly not easy, or something that we ever expected to happen to us, but it did. The boys are super and we make sure there are plenty of fun and happy times too."

Danny still has a tough battle ahead of him with several medical mountains to climb. You can support the Norris family and their journey to get treatment for young Danny here via GoFundMe or you can email Dream4Danny@gmail.com.