Darren Casey, the longest-serving member of the show, made his emotional return to the stage in August after undergoing chemotherapy. 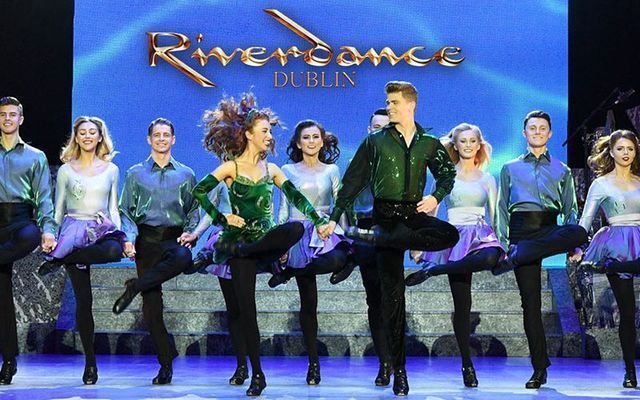 A Riverdance cast member has returned to the stage after a six month battle with skin cancer.

Darren Casey, 32, made his emotional return to the Riverdance stage in August after undergoing chemotherapy for skin cancer.

The Dundalk native has been with Riverdance for 14 years and is the longest serving member of the show.  He thought he would never wear his dancing shoes again after being diagnosed with cancer only weeks after he took to the stage  in New York.

The 25th anniversary production of Riverdance was forced to close just days after its opening in New York City’s famous Radio City Music Hall in March 2020 due to the pandemic, reports SurvivorNet.com.

The World Irish Dancing champion believes his cancer would have gone undiagnosed for longer if COVID-19 restrictions had not forced the closure of the show.

"Over the months previously, I was getting sick quite a lot with chest infections and this and that, but I put it down to burning the candle at both ends while touring in the US and Canada. We worked hard but we played hard as well," Casey said.

"When we were sent home, I got checked out with my GP and tests discovered pneumonic which had been sitting on my chest for a while. Further tests found specks of cancer surrounding my lung and I had a cancerous skin condition as well." he said, according to BreakingNews.ie.

"I had to go to all the hospital appointments by myself because of the restrictions, but there was nothing I was high brow about.

"I remember sitting in Beaumont Hospital one day and I was sitting by myself across from the oncologist who told me I had to do chemotherapy.

"I thought he had the wrong person. It didn't register that it was me he was talking about. My mam had cancer, so there was a lot of thoughts and emotions running through my head and I was thinking the worst. I was completely devastated and didn't see the light for about three days. I just didn't see a way out," Casey said.

"I had six months of chemo and my weight ballooned but thankfully, I came out the other side clear of cancer.

"I never thought I'd ever dance again and that was one of the hardest things for me through all of this. Everyone in Riverdance was so supportive to me through it all and I never thought I was going to talk to them again on a work basis. Less than six months before, I was on stage in New York's Radio City and now I was in the Beaumont Hospital," he added.

"My last treatment was in March and there's not a day that goes by that I don't thank everyone on earth and in heaven that I am where I am.

"I never thought I'd put on a pair of dancing shoes again, let alone get back on tour with Riverdance, but in recovery I decided I wasn't going to lie down and die in terms of my career.

"There were a few weeks when Riverdance was contemplating renewing my contract because they'd never been in that position before where they had to rehire someone who got the all clear from cancer, so it was a risk.

"But on my first day back, I was on stage crying and trying to smile through the tears. It was so emotional to be back where I belong."

The 25th anniversary production of Riverdance will return to the US in early 2022.