Daniel McKenna, aka 'The Irish Yank,' is suing Peloton for $1.8 million after being subject to, in part, continuous references to his "Irish ethnicity and stereotypes." 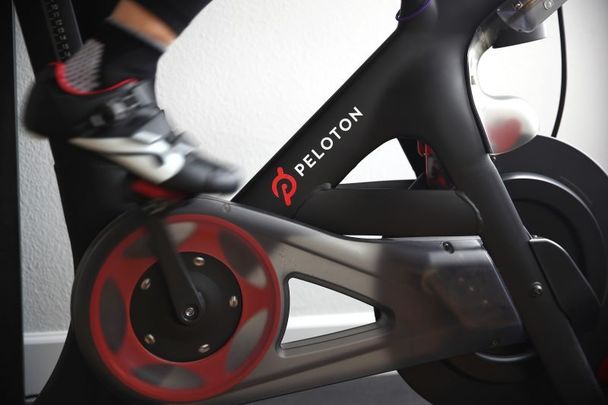 Daniel McKenna, the first-ever Irish instructor with Peloton, has filed a lawsuit against the fitness company alleging, in part, discrimination against his ethnicity.

McKenna, who was born in the Bronx to Irish parents but raised in Co Monaghan from the age of four, is known by his followers as "The Irish Yank." A dual citizen, he has been living in New York for at least five years and enjoys a massive following on social media.

The lawsuit says that McKenna was invited to audition to become a Peloton instructor after his personal training courses "surged" in popularity at the height of the pandemic. He was officially announced as a new instructor in August 2021.

“They saw me and thought they could do something with this guy and obviously the Irish charm helped with that too,” McKenna told Gaelic Life earlier this year, before he was terminated.

He added: “I want people to have great craic and enjoy the banter as well as get a workout. It is the best job I could’ve hoped for as a personal trainer."

According to the lawsuit, despite McKenna's success as an instructor, he was subject to "continuous references" to his Irish ethnicity by Cotter.

Cotter is accused of "nonchalantly" asking McKenna "whether he was drunk at work" and stating “I hope you are not drunk, Daniel," during meetings.

Cotter allegedly referenced McKenna's Irish accent, telling him: “Nobody understands what you are saying, Daniel." McKenna's lawyers argue that this was "another example of targeted discriminatory acts."

McKenna eventually confronted Cotter about her behavior, where she "unapologetically stated she was mostly joking."

Elsewhere, McKenna claims Cotter made "disparaging and denigrating remarks directed to and about” McKenna after he inquired about a medical exemption for the COVID vaccine after he had emergency surgery in October 2021.

Cotter is accused of having “categorically denied listening to or exploring the potential for a medical exemption for [McKenna’s] vaccination given his individualized medical and health state.”

The lawsuit claims that around that time, Cotter “started to ridicule and make disparaging remarks directly and indirectly to and about" McKenna.

McKenna’s request for a vaccine exemption was dismissed, leaving him “distraught and fraught, causing him to succumb to taking the vaccine (despite the option for a valid medical exemption) in fear of disrupting his career and/or employment with Peloton.”

After McKenna received the vaccine, Cotter is accused of “perplexingly forcing” McKenna to observe a 14-day quarantine period while he repeatedly tested negative.

Later, in April 2022, McKenna had to undergo emergency surgery after tearing his pectorals. Doctors informed him that the recovery period would be six months.

However, "with extensive physical therapy and holistic treatments," McKenna informed Peloton that he could begin scheduling classes after July 1.

On June 23, McKenna had a meeting with Cotter and Kailin Vandevelde, Peloton's Global Instructor Talent Strategy. In the meeting, Cotter allegedly told McKenna "that Peloton could fire him for going on short-term disability but would allow him to resume employment."

Cotter and Vandevelde also allegedly told McKenna that it was “not looking good” for him and he should be fired because in “corporate America” it was not acceptable to take disability leave for injuries and surgeries.

Cotter "made it clear" to McKenna that he was "thin ice."

The week after the meeting, McKenna emailed Cotter and Vandevelde thanking them for meeting and noting that he was looking forward to a "fresh start" from July. He received a positive response from both.

McKenna resumed instructing classes. He claims never received any written notices regarding any behavior or misconduct that violated Peloton Employment Agreements, whether during his employment or post-termination.

McKenna taught what would be his last Peloton class on September 11, 2022. The day after, Peloton scheduled a Zoom meeting with him where he was informed that his employment was being terminated with immediate effect.

McKenna's lawyers claim that Peloton has not provided a written cause for termination.

McKenna was offered a severance of six-months upfront pay that amounts to $130,000, which his lawyers claim is "significantly lower and in breach of the Peloton Employment Agreements."

Elsewhere, an online petition entitled "We stand with Daniel" launched by his supporters, nicknamed 'The Irish Yankees,' has garnered more than 4,000 signatures in five days.