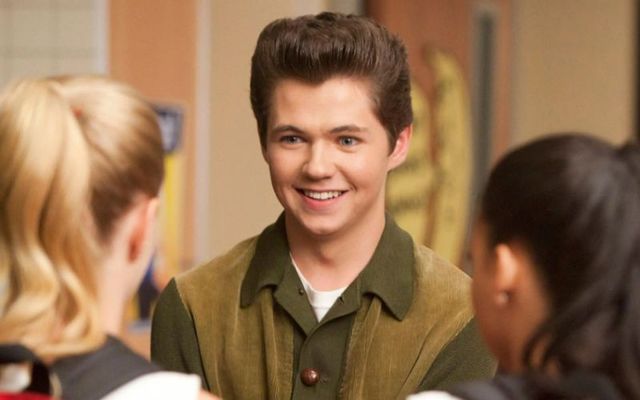 While Damian McGinty, the singer and member of the group Celtic Thunder, said he found it difficult to portray such a stereotype-laden character, he wouldn't trade his experience on "Glee" for the world.

McGinty, from Derry in Northern Ireland, won the first season of "The Glee Project" back in 2011 when he was just 19 years old.

As the winner, McGinty landed a role in seven episodes of "Glee," but little did he know that his character, Rory Flanagan, an Irish exchange student, would be a surreal walking Irish stereotype.

In the run-up to the 10th anniversary of "The Glee Project" ending, McGinty told Insider: "What made it really, really hard is doing something that was so unbelievably untrue to what I would do in normal life — like 'top of the morning' and all these unbelievably large stereotypes are very unnatural for me.

"There were a couple of choices for the character that just made it feel really unnatural for me to deliver."

In the show, Flanagan (McGinty's character) is living as an Irish exchange student with Brittany S. Pierce (played by Heather Morris). He has a crush on her. She thinks he's a leprechaun and believes he can grant her three wishes.

Another example is Flanagan's opening song - a rendition of Kermit the Frog's "Being Green". Yep, cause he's Irish.

While McGinty was only guaranteed seven episodes, he continued as a recurring character throughout three seasons before he was written out. Despite the fact that McGinty has not acted again, he said he doesn't regret the experience.

"Quite honestly, I was part of 25 episodes of one of the biggest TV shows that there has ever been, and within those 25 episodes, I got to do a lot of amazing things," he told Insider.

"I really, really enjoyed myself and consider myself very lucky to have been a small part of the history of that big beast."

A performer since the age of 14, McGinty is a long-standing member of the Irish band Celtic Thunder. In March 2021, the band released a new studio album "Celtic Thunder Homeland", celebrating the Irish music from the past ten years of the band. The 29-year-old now lives in Los Angeles with his wife Anna Claire.