Celtic Thunder is one of the most popular Irish live music acts in the United States. 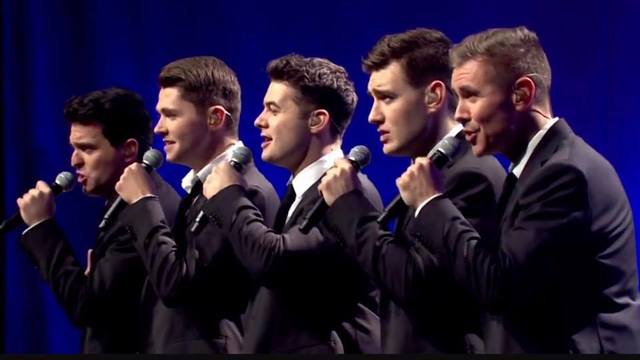 Renowned the world over, Celtic Thunder is one of the most prominent Irish live music acts on the planet, but what is their story, and what are their best songs?

Formed in 2007 by Sharon Browne, Celtic Thunder has gone on to release 12 studio albums and 10 live DVDs.  Not bad for a band that debuted in a relatively small theater in a Dublin university.

The group made its first-ever performance in the Helix Theater in Dublin City University in August 2007 and has been accompanied by the Celtic Thunder Band during live concerts ever since.

The group has seen many faces come and go throughout its 13-year history, hardly surprising given its huge size and demanding nature, leaving Ryan Kelly as the only surviving member from the Helix in 2007.

The group has scooped numerous accolades since its formation in 2007, including claiming Billboard's Top World Artists on three occasions in 2008, 2009, and 2011.

The group has also performed at receptions at the Pentagon in addition to opening the 2009 St. Patrick's Day parade in New York City.

Celtic Thunder is renowned for its dramatic set pieces with several references to Celtic mythology and their tours have been particularly popular in the United States.

The group regularly completes about 50 concerts in different American cities in a given year and, while that grueling schedule has obviously been sidelined due to COVID-19, why not enjoy some of their best music with IrishCentral's Best of Celtic Thunder Playlist.

You can see the full playlist below:

A Bird Without Wings - an original Celtic Thunder song and an absolutely heart-stopping love song.

The Galway Girl - Because no Irish music playlist would be complete without this staple. It helps that Celtic Thunder have produced an excellent cover of the famous song.

She Moved Through the Fair - Another haunting cover of an Irish classic. Listeners may remember the song from the climax of Neil Jordan's Michael Collins.

Carrickfergus - One of the most touching Irish songs ever written, Carrickfergus deals with the theme of moving away from Ireland.

Rocky Road to Dublin - No Celtic Thunder gig, or concert, would be complete without a rendition of this jaunty number renowned the world over.

Caledonia - A touching rendition of the famous Scottish ballad.