All the basics and some fun facts - about County Derry. 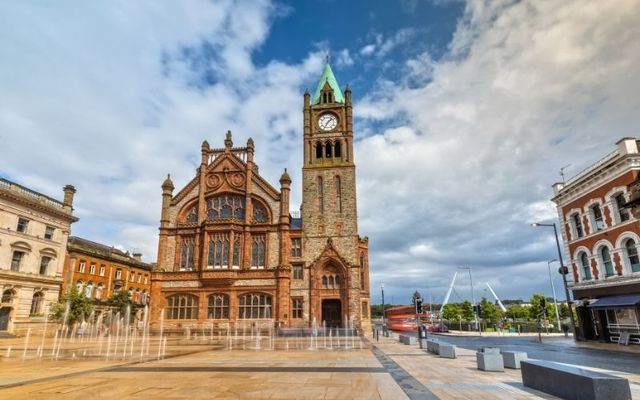 The Guildhall in Derry City. Getty

All the facts and interesting trivia about the Irish county of Derry!

Derry is one of the six counties of Northern Ireland in the province of Ulster. The largest city in the county is Derry which is the second-biggest city in Northern Ireland. Derry is famous for its old intact city walls which surround the old city which lies on the banks of the River Foyle. This one mile of city walls are known as one of the best examples of a walled city in Europe.

In 1689 the city of Derry withstood a siege for 105 days. The city has withstood several sieges over the course of history.

A tragic part of Derry's history took place on 30 January 1972 with the events on Bloody Sunday when British Army paratroopers opened fire on crowds of peaceful marchers, killing several.

There is a town called Derry situated right beside another town called Londonderry in New Hampshire in the United States of America. There are also Londonderrys in England, Vermont, USA, Nova Scotia, Canada, Australia, and there is a Londonderry Island off Tierra Del Fuego in Chile.

Visitors to County Derry should check out the historic city walls and architecture in one of Ireland's longest continuously inhabited cities. The scenic Sperrin Mountains and the beautiful Lough Neagh are also worth visiting.