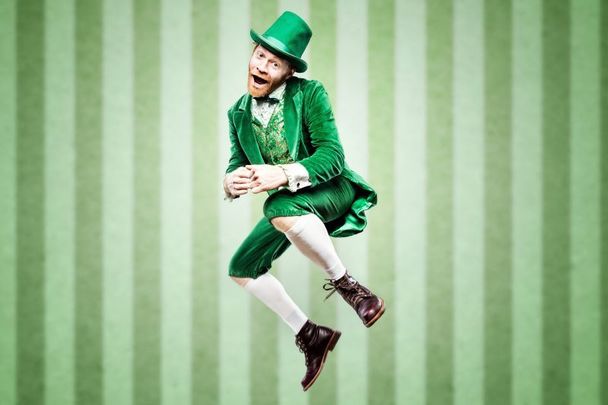 Montgomery's 'dancing like a leprechaun" was deemed "a mocking impersonation of a stereotypical Irish figure." Getty Images

Irish man Johnathan Kelly has succeeded in his claim of harassment related to race lodged against his superior at work, Michael Montgomery, a native of Co Antrim.

A tribunal heard in London in early February that Montgomery allegedly "mocked Kelly's Irishness by imitating his Irish accent, gesturing and dancing like a leprechaun," which was deemed direct race discrimination / harassment related to race.

The judgment was published on March 9.

In the decision, Kelly is described as being of "Irish nationality"  and having a "pronounced southern Irish accent."

Kelly alleges that on August 5, 2020, he had a near-accident in the warehouse where he was working. A stack of improperly loaded work materials toppled and nearly struck his coworker Shantal, but Kelly was able to hit the materials out of the way in time.

“The goods should have been wrapped to prevent an incident of this sort,” the report states, “a supervisor had failed to do this; neither the Claimant nor Shantal was to blame.”

Kelly confronted Montgomery, his supervisor, about the incident and told him "it could have done damage to the poor girl," which, as the tribunal report states, "is a common vernacular usage among some Irish people to express sympathy and is neither critical nor patronising."

Montgomery told Kelly that he should not refer to Shantal as "poor girl"
because it might be perceived as sexist. Kelly apologized to Shantal, who had taken no offense.

Kelly, who was shocked by the near-accident, "accepted that he may well have been speaking quickly: he was concerned by what had just happened and the last thing on his mind was how he was expressing himself."

Kelly alleges that Montgomery "stood there and he bobbed his head and moved his shoulders from side to side" and said “well maybe if you slowed down I might be able to understand what it is you’re trying to say” in an accent which Kelly described as "a mockery of an Irish accent; it was not a Northern Irish accent."

Kelly later likened Montgomery's "bobbing" to "dancing like a leprechaun."

"It was a mocking impersonation of a stereotypical Irish figure," the tribunal report states.

Kelly, very angry, asked Montgomery to repeat what he had just said. Montgomery replied that he was just trying to find out what had happened and said that he sometimes dropped into an Irish accent because he came from Co Antrim.

Kelly later said in cross-examination: "So I went out and I see Caroline I brought her out and I say – this man is mocking me mocking my flag mocking my country including my accent and basically I am not having it – basically he denied it all – and then he tried to say I don’t like your tone of voice – you have been quite aggressive – I said you damn right I am being aggressive because you just insulted
me."

Later that day, Montgomery approached Kelly and offered to shake hands, to which Kelly obliged.

Two days after the incident, Kelly wrote a grievance which said in part that "Montgomery racially targeted me and began to mock me, my accent and my
country." Kelly also said that when they went to see Poon, Montgomery "completely refuted his actions and outright lied to his superior about what had just occurred."

In his statement in response to Kelly's grievance, Montgomery wrote: "He then said I’d been rude and racist towards him. He mentioned my accent. This was a surprise to me given I was also born in Ireland and had a very similar accent from a young age. Later on I learned to speak with an English accent to the point where I now do so naturally however, when I am amongst people speaking with Irish accents, such as friends and family, I can automatically revert to my original Irish accent.

"I don’t actually remember speaking in an Irish accent with the Claimant but given I can automatically revert to one, I assume that was what happened."

On August 20, the day that the grievance hearing was set to take place, Kelly and Montgomery had another tiff in the workplace. An emergency meeting was called with human resources, which resulted in Kelly sitting by himself in an empty room for the rest of the day. This incident was additionally lodged in the tribunal as discriminatory and victimizing.

The tribunal concluded that Montgomery’s conduct towards Kelly on August 5 was "unwanted" and that there was "no doubt that it was related to Kelly's race/nationality."

While acknowledging that Montgomery attempted to defuse the situation with "humor," the tribunal ultimately concluded that Kelly was "deeply offended" by Montgomery's conduct and "genuinely outraged by the incident."

The parties are now set to determine a figure for compensation or proceed to a hearing.