The Milwaukee Dancing Grannies will step out at the Milwaukee St. Patrick's Day Parade on March 12, just months after four of its members were killed during the Waukesha tragedy. 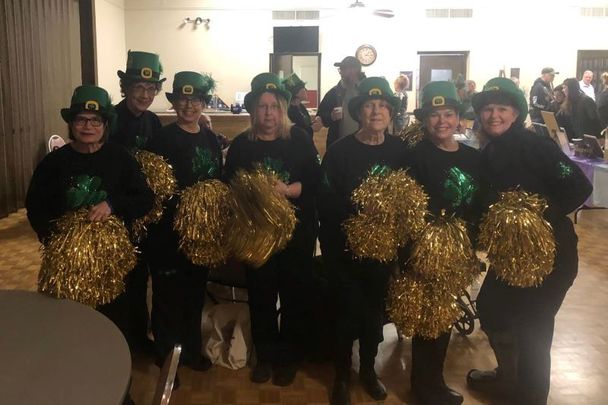 The Milwaukee Dancing Grannies, a “group of grannies” who choreograph routines for summer and winter parades, are gearing up for their first performance after tragedy claimed four of their members.

In November, four of the group’s members - Virginia Sorenson, 79, Leanna Owen 71, Tamara Durand, 52, and volunteer Wilhelm Hospel, 81 -  were killed when a man drove through the Waukesha Christmas Parade in Wisconsin. Six people in total were killed, 62 were injured.

The group said afterward that it was “devastated" and noted that they were “doing what they loved” at the time of the tragedy.

“Those who died were extremely passionate Grannies,” the group said on Facebook. “Their eyes gleamed ... joy of being a Grannie. They were the glue ... held us together.”

In January, after an outpouring of support from the community, the Dancing Grannies announced that their first performance since the tragedy would be the Milwaukee St. Patrick’s Day Parade on Saturday, March 12.

“As this will be a difficult parade it will be exciting,” the group said on Facebook. “There may be tears through our smiles."

The group added: "We have been through a lot, but we did not break.”

WISN reports that the group’s first performance since the tragedy will honor late member Virginia ‘Ginny’ Sorenson by using her choreography for Irish routines.

Not long after announcing their return, the Dancing Grannies shared this “hint” about their St. Patrick’s Day Parade performance:

“We’re just determined to go out there and do our best and show the world that we are going to keep on dancing,” Dancing Grannies member Jan Kwiatkowski told WISN.

Sharon Millard told WISN that it's been tough, but she believes the late group members would be "devastated" if the Dancing Grannies were no more.

The group is rebuilding in the wake of the tragedy, and as of last month, more than 30 women had come forward to join the Dancing Grannies.

“We feel very welcome,” Dancing Grannies new member Colleen Minisce told WISN. “I love to dance, and then when I saw the tragedy, I just wanted to be able to give back to them and support them.”

The Dancing Grannies will step out with the Milwaukee St. Patrick's Day Parade on Saturday, March 12 at noon.

You can watch the WISN report of the Dancing Grannies’ comeback here: