Brian Leslie was at the Gaelic League of Detroit on February 12 when his car - and his prized bagpipes - were stolen. He hopes to have them back before St. Patrick's Day. 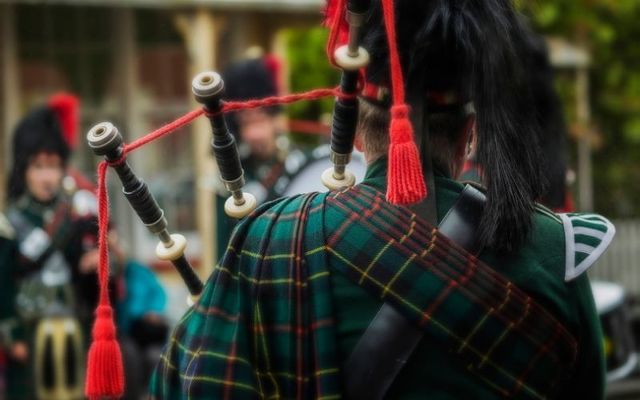 An Air Force veteran whose car was recently stolen in Corktown, Detroit has issued a plea to the perpetrator to return his bagpipes before St. Patrick's Day.

Brian Leslie, a 63-year-old retired lieutenant colonel who now works with the St. Clair County Sheriff's Office in Michigan, had a performance with the Metro Detroit Police and Fire Pipes and Drums band on February 12 at the Gaelic League Irish American Club in Detroit.

However, when he went outside after dinner at the event, he realized his truck - and his treasured bagpipes - were missing.

Leslie's truck has since been recovered - albeit without a catalytic converter - but his bagpipes, which have distinctive patches from the sheriff's office and metro Detroit police, still haven't been located.

"They’re not much used to anybody except knuckleheads who play the bagpipes," Leslie told The Detroit Free Press. “They’re the hardest instrument I’ve ever picked up. It’s like doing mouth to mouth with octopus.”

Before his stolen car was located, Leslie admitted that he wouldn't mind sacrificing the truck as long as he could have his bagpipes back, especially in the lead-up to St. Patrick's Day and the parade in Corktown on March 13.

"The car itself, if that can help somebody else, I’m all for it," he told Click on Detroit. "But If we can get the bagpipes back in our hands, we can do more for some of the other fallen police fire and soldiers and maybe bring a few more smiles to some of the people in Detroit."

Leslie told The Detroit Free Press that his bagpipes can be returned "no questions asked" to any of the police departments or the Gaelic League.

Leslie, who served in the Air Force for 25 years, only began playing the instrument when he was 50 but said he loves to "support the brothers and sisters that wear the blue".

He often plays the instrument at funerals for officers, firefighters, and veterans other members of the Metro Detroit Police and Fire Pipe and Drums.

"It’s one of those things you kind of do out of duty, When you fire up the bagpipes, that’s an instrument that goes right to your soul," Leslie told Click on Detroit.

He said his bagpipes are a 50-year-old set from Edinburgh and described them as an "old friend".