Damian McGinty and Jane Lynch both fondly remember their former "Glee" costar Naya Rivera in the wake of her tragic death. 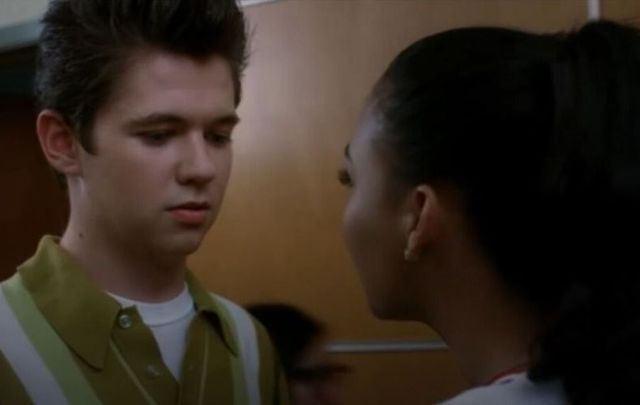 Damian McGinty as Rory Flanagan and Naya Rivera as Santana Lopez in an episode from season three of "Glee." Glee Scenes, YouTube

Naya Rivera's body was discovered in Lake Piru on July 13 after she was reported missing on July 8. Police believe the "Glee" actress's death is a tragic accident.

Damian McGinty and Jane Lynch are among the "Glee" costars remembering Naya Rivera, whose body was discovered in Lake Piru on Monday after she drowned while boating with her son on July 8.

McGinty, a Derry native actor and singer who was a member of Celtic Thunder, appeared as Irish exchange student Rory Flanagan in the show's third season after winning a guest role on the reality television show ‘The Glee Project.’

On July 9, McGinty urged his followers to “pray” after it was reported that Rivera, who played Santana Lopez on the show that he guest-starred on, was missing:

On July 13, after Rivera's body was discovered, McGinty said he was "grateful" to have known and worked with her:

Just unbelievable. Grateful to have known you and worked with you and your talent. RIP Naya. ❤️

The following day, McGinty shared a clip of him and Rivera from "Glee," adding that she was "the real deal:"

I was a newcomer to acting. She was the real deal and every scene we did together she was a mixture of terrifying and hilarious. A brilliant combo. Great, but really sad memories. https://t.co/0W8NisNDNB

McGinty additionally paid tribute to Rivera on his Facebook page, where he shared a picture of the actress and Corey Monteith, who also starred on "Glee." Montieth tragically passed away in 2013; Rivera's body was discovered on the seventh anniversary of his death.

Just unbelievable. Grateful to have known you and worked with you and your talent. Look after her, big guy. RIP Naya. ❤️

Jane Lynch, who was named among the top 100 Irish Americans in 2011 while she played cheerleading coach Sue Sylvester on the hit show, shared her condolences:

Rest sweet, Naya. What a force you were. Love and peace to your family.

On July 8, the alarm was raised after the pontoon that Naya Rivera, 33, had rented for the afternoon failed to return to the dock in Lake Piru, California. A search ensued and the boat was located with Rivera’s four-year-old son, who was wearing a life jacket, alone on board. An adult life jacket and Rivera’s identification were also found on the boat.

Rivera’s son reportedly told investigators that his mother had helped him get on board before she disappeared beneath the water. Rivera was presumed dead on July 9 as the search and rescue mission converted to a recovery mission.

On July 13, The Ventura County Sheriff’s Office in California confirmed that they had located Rivera’s body.

The news conference has concluded. Sheriff Ayub has confirmed the body recovered at Lake Piru today was Naya Rivera. Our hearts go out to her family, friends and fans during this difficult time. An autopsy will be performed to determine the cause of her death.

Ventura County Sheriff Bill Ayub said during a press conference that there was no indication of foul play and no indication that Rivera's death was a suicide.

The day before she disappeared, Rivera shared this photo of her and her son on her Twitter:

just the two of us pic.twitter.com/wCunAlGJ1B

Sheriff Ayub said Rivera "mustered enough energy to get her son back on the boat but not enough to save herself.”