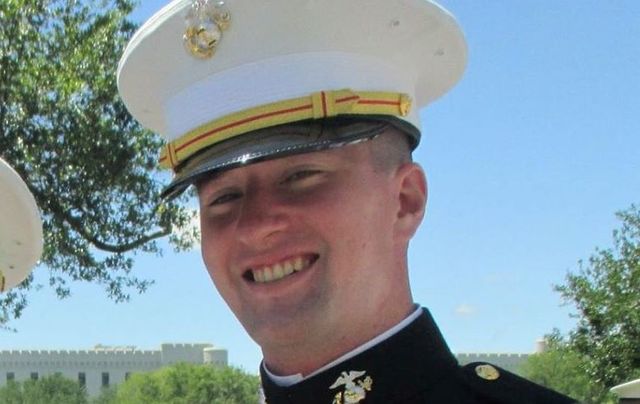 Tributes are pouring in for Lt Hugh Conor McDowell, an Irish American Marine who was killed in a “bizarre accident” while conducting military training at Camp Pendleton in California on May 9.

Twenty-four-year-old McDowell is the son of Michael McDowell, who was born in Belfast but spent most of his life in the US and was a key player in helping facilitate the Northern Irish peace process in the 90s.

Michael McDowell and his wife Susan Flanigan, a native of Baltimore, raised their son in the Washington, DC area. Lt. Hugh Conor McDowell, who went by his middle name, attended public high schools before attending the prestigious The Citadel military academy for college.

McDowell had been living with his soon-to-be fiancee Kathleen nearby to Camp Pendleton in California. On Facebook, Kathleen shared a tribute written by Conor’s father which said that Conor died on the way to the hospital after the light-armored tank he and his crew were conducting exercises in toppled over.

McDowell said it was a “bizarre accident.”

“Conor was a warrior, like my father in the Royal Ulster Rifles in the Western Desert, Sicily, and Italy in World War Two. Sadly, they never met but Conor felt as if he knew him.

“There is a massive hole in our hearts and there will be for the rest of our lives. He was our only beloved child, in whom we were well pleased. We hope to meet again with our son in some way at some time as we pass on, as he has, at so young an age, and with so much of life ahead of him.”

Speaking with NBC, McDowell said he would not be satisfied unless there was a “rigorous investigation” into his son’s death.

In a statement, the US Marine Corps said they are “heartbroken:”

We are heartbroken at the loss of a member of our Marine Corps family. 1st Lt. Hugh C. McDowell, platoon commander, 1st Light Armored Reconnaissance Battalion, 1st Marine Division, died during a training event on Camp Pendleton, May 9, 2019.

The 1st Marine Division said in a statement: "We recognize that military operations are inherently dangerous, and we take extreme precautions to ensure the safety and welfare of our Marines. This is a tragic accident, and we are heartbroken at the loss of a member of our Marine Corps family.”

It is understood that McDowell will be buried at Arlington National Cemetery with full military honors.