Irish American Marine Brendan Kelly, who survived 2 mass shootings in the US, prepares to deploy for service in Afghanistan. 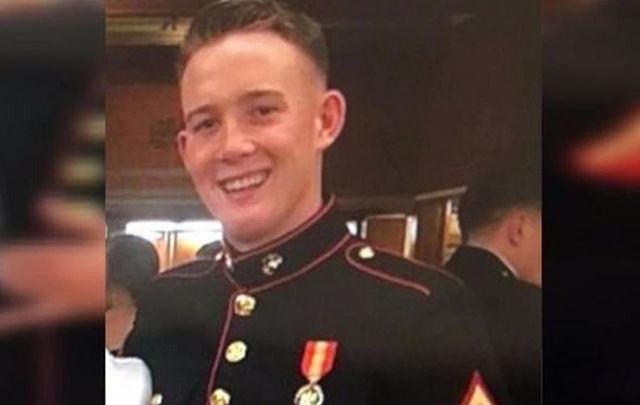 Brendan Kelly is to begin a tour of Afghanistan

Brendan Kelly, an Irish American Marine who has survived two mass shootings in the US, is now preparing to deploy to Afghanistan.

Speaking with the New York Times, 22-year-old Brendan Kelly says that surviving two mass shootings - Las Vegas and Thousand Oaks - has only inspired him more deeply to serve his country.

“This is what I can do,” Kelly said of his military service, which he never considered delaying after the traumatic events of both the shootings. “This is what my role is supposed to be, as an able-bodied and willing young man.”

In November, Kelly was with friends at Borderline Bar and Grill in Thousand Oaks, California when a gunman opened fire on the crowd, killing 12 people. Amongst those who died were two of Kelly’s good friends. Kelly, as well as his father who came to the scene, stayed until the early hours of the morning assisting the injured.

The year prior, Kelly was in the crowd of a country music festival in Las Vegas when a gunman opened fire from the nearby Mandalay Bay Resort, killing 58 people. After that event, Kelly was praised as a hero for shielding a woman with his body.

After the shooting in Thousand Oaks, ABC News sat down with the brave hero:

Kelly admits he was traumatized by the events, and briefly saw a therapist after the Las Vegas shooting.

“There have been nightmares, it’s something I can’t really control,” he said. “I wake up and shake myself out of it and write it down and maybe even talk about it.”

Still, the trauma has not led him to reconsider his duty to his country, nor has it shaken his deep faith in God.

“God has big plans for me, and I know that,” Kelly said.

“Even though I’ve been through all these events, I am just a guy that’s trying to figure it out like everybody else is at the end of the day. And try to make sense of it all. It’s going to be O.K. that it doesn’t make sense because there’s no real way for it to make sense.”

Kelly will be deployed to Afghanistan for between six and eight months.