Mary Folan emigrated to Boston at the age of 18 in 1929 and worked as a nanny for an American family before dying of cancer at the age of 56 in 1967. Her dying wish was to be buried at home on the island of Inis Meáin. 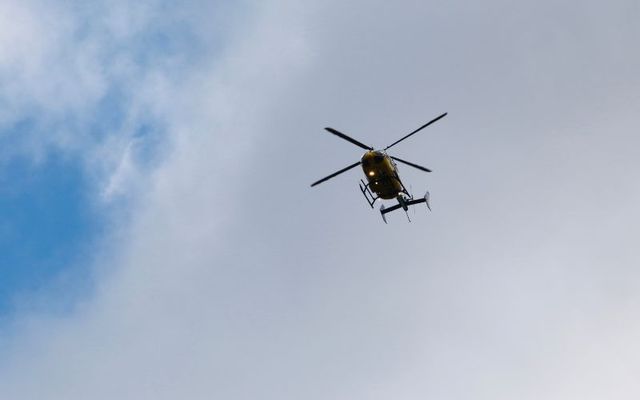 A new radio documentary tells the story of how an Irish woman's coffin fell from a helicopter while her body was being transported back to Inis Meáin off County Galway.

Mary Folan emigrated to Boston at the age of 18 in 1929 and worked as a nanny for an American family before dying of cancer at the age of 56 in 1967.

Despite emigrating to the United States at such a young age, Folan had always wanted to be buried at home, watching the Atlantic Ocean in perpetuity from her final resting place on Inis Meáin.

Her family arranged for her body to be transported home, with Cork-born Boston undertaker Gene Sheehan was tasked with bringing her remains back to Ireland.

Sheehan came up with the idea of transporting Folan's remains from Shannon Airport to Inis Meáin via helicopter in order to avoid any difficulties involved in traveling to the island on a boat.

There were no berthing facilities on the island at the time, meaning that Folan's coffin would have to be transported to Inis Mór on a fishing vessel before being taken to Inis Meáin on a traditional currach.

The helicopter company in charge of transporting Folan's body to Inis Meáin decided to use a sling design to carry the coffin. The design had been tested but never with such cargo.

On the day of Folan's funeral, locals on Inis Meáin prepared a makeshift helipad and dug a grave in preparation for her burial.

Shortly after take-off, however, the sling opened at one end, causing the coffin to plummet to a field below in Paradise, County Clare, just a few kilometers from Shannon Airport.

The remarkable, bizarre story will be told in the RTÉ radio documentary "Miss Folan's Last Wish", which airs on Saturday, October 29, at 2 p.m. BST on RTÉ Radio 1.

Sarah Blake from RTÉ Documentary has teamed up with Raidió na Gaeltachta's Treasa Bhreathnach to find those who are connecting to the fascinating story and explore the events that led to the remarkable incident almost six decades ago.