What do Irish Americans want? Read our exclusive survey!

82 per cent of Irish Americans stated that a visit to Ireland was their major goal. That is good news indeed for Irish tourism. 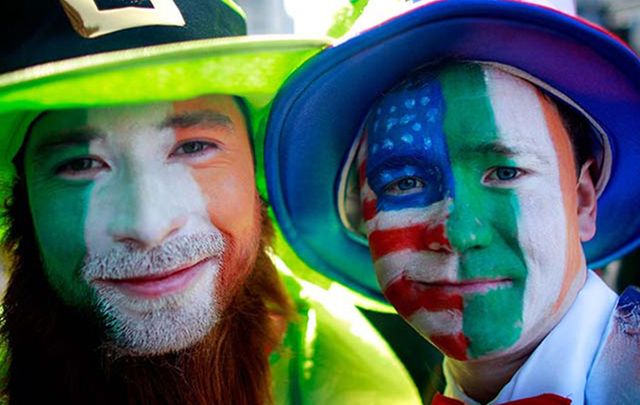 Check of the results of IrishCentral's survey taken by 3,100 readers.

A whopping 82 per cent of Irish Americans surveyed by Amarach, on behalf of IrishCentral, stated that a visit to Ireland was their major goal. That is good news indeed for Irish tourism.

Glucksman Ireland House  NYU and University College Dublin Clinton Institute also took part in the research on the views of the 3,100 IrishCentral readers who took part in the survey over three days in February.

The survey also showed that over 75 per cent would take advantage of long distance learning courses from Irish and Irish American colleges, if it was offered.

Twenty per cent of those surveyed were not of Irish heritage, highlighting the extraordinary pull of Irish music and culture on Americans.

Only 7 percent were Irish-born and 66 per cent were second generation or most distant.

What happens to Irish America when there is no emigration to America from Ireland as has become the reality now?

What will happen to Irish American when there is no emigration to America?

It seems the social media world is drawing in thousands who would otherwise have no way of participating. Most news on Ireland is delivered through Facebook.

66 per cent think Irish citizens abroad should have a vote in Irish presidential elections.

Over two-thirds of IrishCentral readers would support comprehesive US immigration reform.

47 per cent voted for Hillary Clinton in the recent US Presidential election while. Only 27 percent voted for Trump, while 20 percent refused to say (shy Trump voters?).

Guinness is the best known Irish brand in America and Jameson, and Waterford Crystal are next.

John F. Kennedy is the most admired Irish American of all time with Joe Biden, Cardinal Dolan, Maureen O’Hara, Ronald Reagan, and Liam Neeson all among the most popular.

President John F Kennedy is the most admired Irish American among IrishCentral readers.

The four most important aspects, to Irish Americans, of their Irish identity are: Irish and Irish American history, genealogy, music and arts.

The finding also made clear that old Irish societies and organizations are fading with only 17 per cent being members of an organized Irish group. It seems that the internet and social media has become the new meeting place for Irish groups.

46 per cent stated they went online checking Irish stories and organizations once a day.

43 per cent now consider Ireland to be more liberal than the United States, a far cry from the old days when Ireland was seen as very conservative.