“A quiet man with a powerful humility”, a man who believed “you could get anything done if you don’t look for credit.” 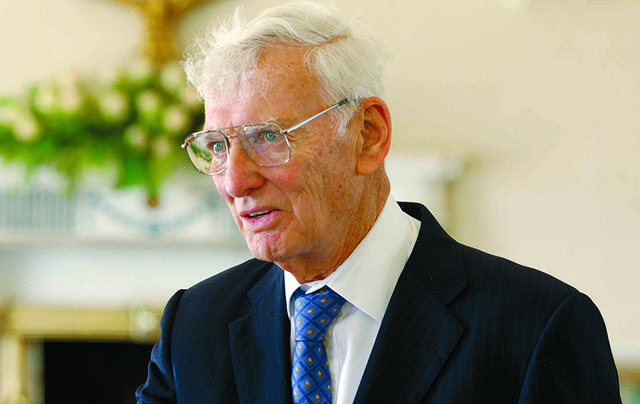 This week in Pittsburgh we said goodbye to Dan Rooney a man who set us a wonderful example of how to be a successful business leader and yet serve God, his community and his country. Dan Rooney was described at his funeral by Cardinal Wuerl as “a quiet man with a powerful humility”, a man who believed “you could get anything done if you don’t look for credit.”

There were many at his packed funeral ready to give him eternal credit – former President Barack Obama among them as well as a squad of Pittsburgh Steelers Hall-of-Famers. All agreed gameday would never be the same again.

Dan’s son Art said that his father believed in serving faith, family, football and Ireland. Dan saw no contradiction in doing it all: building the Steelers into Super Bowl champions (six!) while insisting everyone be treated with respect and campaigning for the “Rooney Rule,” requiring teams interview at least one minority candidate when recruiting a new coach or general manager.

He was beloved in Pittsburgh; my Uber driver from the airport to the church said: “Did you know Mr. Rooney fought to keep football tickets affordable for working people?” Everyone had a story about his common man touch, his kindness and that of his wife Patricia who supported numerous good causes and charities.

One of them is the American Ireland Fund, which Dan co-founded in 1976 with former Heinz CEO, Tony O’Reilly. The Fund has raised over $450 million for peace and culture in Ireland and was one of the reasons why President Obama (who attended the funeral) asked Mr. Rooney to be his Ambassador to Ireland. As Cardinal Wuerl said, Ambassador Rooney took his new duties seriously and visited all the counties of Ireland when he was there.

Dan Rooney personified all that is good in Irish American values, believing in an inclusive America where, as the Cardinal said, “you judge people by who they are, not by the color of their skin or their national origin.”

And when next you are asked whether you want to serve God or mammon, please tell them you want to follow the other “Rooney Rule” and serve both.

Read more: Hillary Clinton should have showcased Dan Rooney like Obama did

* Ted Smyth was a former Irish diplomat, Chief Administrative Officer of the Heinz company in Pittsburgh and a former Board member of the American Ireland Fund.