Former US Ambassador to Ireland, co-owner of the Pittsburgh Steelers and co-founder of the American Ireland Fund Dan Rooney has died at age 84. 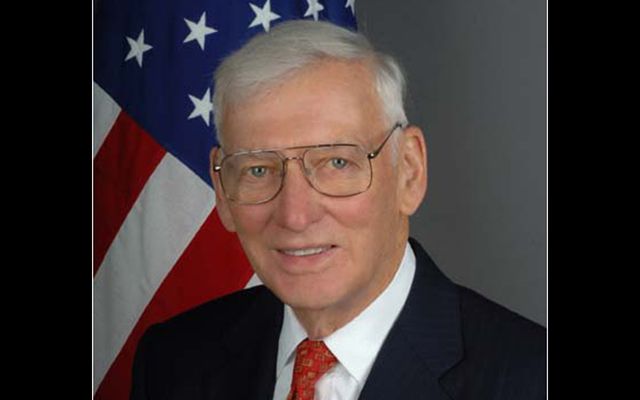 Former US Ambassador to Ireland, co-owner of the Pittsburgh Steelers and co-founder of the Ireland Fund Dan Rooney has died at age 84.

Rooney was President Obama’s ambassador to Ireland for a period of almost three years from 2009 to 2012.

He was widely credited with helping Barack Obama win the state of Pennsylvania by showing his support early which went down well with white working class Steelers supporters.

Rooney was part owner and chairman of the Pittsburgh Steelers and was elected to the pro football Hall Of Fame in 2000.

In the White House after the Steelers' 2009 victory.

He was famous for the Rooney rule he instituted which required that at least one minority candidate be interviewed for each NFL head coach job.

He was well known in Irish American circles for his role in the founding of the American Ireland Fund which he and former Heinz CEO Tony O’Reilly founded in 1976.

The Ireland Fund had three goals, "Peace, Culture and Charity", some years later it became the American Ireland Fund and has raised $550 million for Irish and Irish American charities.

Rooney was a recipient of Ireland's Presidential Award for his service to the country.

In a statement, the Ireland Funds said: Irish America and the island of Ireland have lost a great friend. The passing of Ambassador Dan Rooney is felt deeply by The Ireland Funds, the philanthropic organization founded in 1976 by Dan Rooney and fellow Pittsburgh businessman Tony O’Reilly.

“He was a lion of a man and one of the most gentle and generous people one could ever meet,” commented Kieran McLoughlin, Worldwide President & CEO of The Ireland Funds. “Together with his co-founder Tony O’Reilly,  Dan was the soul and sage of this organization.  He did so much for so many so willingly.”

The family of The Ireland Funds extends its deepest sympathy to Patricia and the great Rooney family.