In many ways, Jim Greene was the common denominator in GAA and sports clubs and county societies, as well as many more Irish and Irish American affiliated organizations in and around New York. 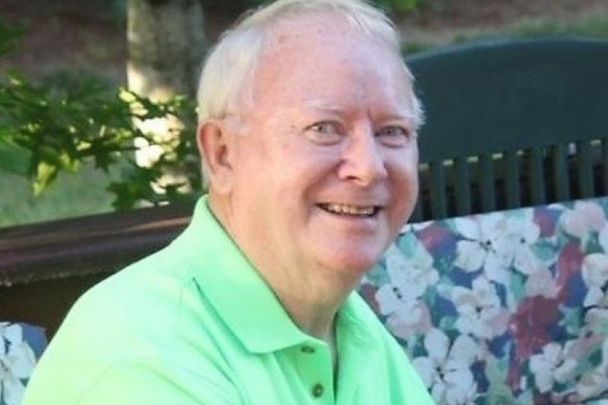 Jim Greene of Yonkers, New York, and formerly of Ballybannon, Castlewellan, Co. Down, passed away suddenly on May 14. The community was greatly shocked and saddened by his unexpected death.

Though Jim just turned 80, he was generally in fine fettle, apart from a few age-related aches and pains, and his wit and humor appeared to be as sharp as ever. I can certainly attest to that because I visited him for a coffee and a chat just two nights before he died. We had the usual lively discussion involving Gaelic sports, politics and of course any incipient scandal pending. All seemed well.

Jim was one of four children born to the late Jimmy and Kitty Greene. He is survived by his siblings John, Gerry, and May. He attended the local Annsborough primary and Newcastle technical schools.

As a young man, he began his printing career as a typesetter with the Mourne Observer newspaper. In his early years, Jim was skilled at soccer and Gaelic football. He won a minor medal with Castlewellan, a junior title with Bryansford in1967, and a senior runner-up in 1968.

After several visits to New York, Jim decided to make it his permanent home in 1969. Over the next few decades, he became an integral part of the Rice and Heslin families, and no birthday, family gathering, wedding, christening, or barbeque would be complete without Jim regaling all with his myriad of stories.

For many, Jim’s abode was the first port of call for a young footballer or young immigrant arriving in the Big Apple. Invariably he helped them find a job, a place to stay and a team to play with.

The New York Irish community was part of Jim’s extended family. In many ways, he was the common denominator in GAA and sports clubs, county societies as well as many more Irish and Irish American affiliated organizations.

**Obituary - James ""Jim" Greene, RIP** On behalf of the Aisling Irish Community Center and the broader...

Posted by Aisling Irish Community Center on Tuesday, May 17, 2022

Jim was the journal man, and definitely no function would be complete without his stellar journal as a centerpiece, and needless to say an artifact and a collector’s item. He was a perfectionist, and every journal showed Jim’s professionalism and dedication to his craft.

When it came to proofreading and editing, there were no shortcuts. Indeed, meticulous Jim would give many a good English teacher a run for their money as to how commas, colons and semi-colons should be deployed.

Jim also appeared to have an almost encyclopedic knowledge of the various localities throughout the country, and nothing was printed until accuracy and spelling were checked. Indeed a very fitting sample of Jim’s work was the collage of journal covers presented during the requiem Mass as a symbol of his pristine publishing endeavors. That collage certainly spoke volumes about the quality of his work and the great pride he took in his art.

Besides printing, Jim’s other great passion was Gaelic games, and he enjoyed his trips to Gaelic Park, especially when competitions were approaching playoff and final stages. His Gaelic sports interests were not just limited to Gaelic Park, because for many years he was a regular attendee at the North American Board finals with his good friend Jimmy Quinn.

That passion for Gaelic games was symbolized with the presentation of a Gaelic football and the Bryansford jersey during his requiem Mass in St. Barnabas. Father Brendan Fitzgerald noted in his homily, though Jim was a single man with just a few close relatives in the U.S., he had a huge circle of friends. That certainly was borne out by the crowds that attended Jim’s wake at the Pelham Funeral Home and funeral mass in Woodlawn.

Father Brendan stated that such an outpouring of support was powerful evidence of the high regard and the esteem the community had for Jim. He certainly was a very involved community man, always generously supporting a myriad of causes. I saw that first hand as I was involved in a number of benefits/fundraisers as Jim would do the printing free and arrive on the day of the event with a few crisp hundred dollar bills.

Jim was a staunch advocate for social justice and individual rights, which was accentuated by his upbringing in Northern Ireland. As I said Jim was the common factor in the Irish American extended family through his involvement with the various organizations.

However, there was nothing common about this Down Gael, for he was a very affable, honorable and generous man that many of us were happy to have as a dear friend. Jim will be greatly missed. May he rest in peace.