Philip Killeen plans to cycle 775km within his own 5km exercise bubble to honor his late grandmother's memory and raise money for charity. 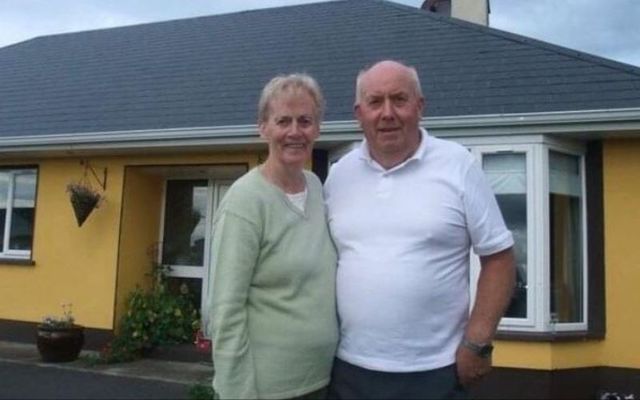 Seán Killeen's wife Mary passed away in London seven weeks ago, but none of her Irish family were able to attend the funeral due to current travel restrictions. GoFundMe

An Irish teenager from Galway has come up with a heartwarming way of supporting his grieving grandfather in London through a socially distanced cycle.

Seán Killeen's wife Mary died of cancer in London seven weeks ago and none of his family in Ireland were allowed to travel to the UK due to travel restrictions. Additionally, the mass wasn't live-streamed.

"I would have liked if my son and my other daughter were there standing at the graveside, but it didn't happen like that," Killeen told RTÉ News.

The 85-year-old grandfather said that his marriage to his wife Mary was his "one great bit of luck" in his life.

Unable to travel the 775km from Galway to London to attend the funeral, Sean's teenage grandson Philip decided to cycle the distance between Galway and London within 5km of his own home to honor his late grandmother's memory and also raise funds for Cancer Care West.

"Grandad was really struggling", Philip told RTÉ. So I was like, I want to do something to give everyone some hope but mostly him."

Philip has been cycling within his lockdown limits and has clocked up more than 200km of his 775km target.

"If we're going by distance, I've officially left Ireland, so I'm on my way," he told his grandfather over a video call.

Seán Killeen said that he used to cycle with his wife Mary when the couple first met as there was no other way to get around in Ireland at the time.

The 85-year-old also said that he couldn't wait to get back to his Irish family in Kiltullagh once travel restrictions were lifted.

Philip has currently raised €3,400 for Cancer Care West, smashing his target of €775.