Gareth Landy, 41, and his wife Anna McLeod, 37, conceived their son and daughter through donor-assisted sperm in 2019 after Landy was diagnosed with a condition known as Klinefelter syndrome (KS). 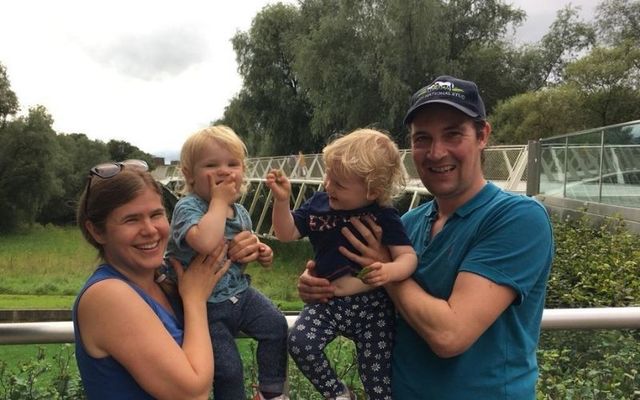 Gareth Landy with his wife Anna McLeod and their two children Abba and Tutu. Gareth Landy

An Irish man who was diagnosed with a genetic condition that left him unable to produce sperm is attempting to remove the stigma surrounding male infertility.

Gareth Landy, 41, and his wife Anna McLeod, 37, conceived their son and daughter through donor-assisted sperm in 2019 after Landy was diagnosed with a condition known as Klinefelter syndrome (KS), a syndrome where a man has an extra X chromosome and often has a low or non-existent sperm count.

Although the couple have faced a difficult road to parenthood, Gareth is keen to point out the positives of male infertility.

"I have these most amazing children and I'm really glad I don't have sperm because if I had sperm, those kids wouldn't exist," he told IrishCentral.

"These kids are amazing. Sure, at times they wreck your head, but we have the best craic and I love them so much."

Gareth and Anna, who were married in 2015, had been trying to have children for several years before discovering that he was infertile.

The couple faced a race against time to conceive after Anna was diagnosed with multiple sclerosis (MS) just before she turned 30 in 2014.

Anna had to come off her aggressive medication in order to have children and the couple both underwent tests to ensure that they were fertile.

In 2017, Gareth received the life-changing news that he was infertile from a blunt Irish urologist who told him rather tactlessly that it "doesn't work downstairs" and that he needs to "get over that and move on".

Hearing such difficult news delivered in such a heartless manner left Gareth feeling overwhelmed and broken and he said that he retreated within himself following the diagnosis.

He spoke of being plagued by a recurring dream where a child vanished before his eyes and said that he was "broken" by the diagnosis.

While the urologist informed the couple that Gareth was infertile, he didn't explain why he was infertile, prompting them to book a consultation with a London-based specialist, Dr. Jonathan Ramsay.

Gareth said that Ramsay instantly took a more proactive and sensitive approach to his situation and sent him for several tests to determine the cause of his infertility.

Looking back, he said there were a few warning signs that he overlooked in his childhood and adolescence, including an undescended testicle that required an operation when he was eight and an ability to compete in short races during school athletic events due to lower levels of testosterone.

Although XXY can often cause infertility in men, it does not guarantee it, and Ramsay diagnosed Gareth as "mosaic", meaning that he is capable of producing XY sex cells.

Ramsay declared that Gareth was unique because he still possessed enough XY cells to be considered fertile at the age of 37, a virtual impossibility for a man with XXY.

However, the multitude of tests and procedures that Gareth underwent caused his testosterone levels, which were already only half the normal amount, to plummet to next to nothing.

Suddenly, menial tasks such as tying his shoelaces or walking 100 meters to his local grocery store became exhausting and required extensive recuperation periods.

The fall in Gareth's testosterone levels also had a harmful impact on his ability to produce sperm and he found out for definite that he was infertile in late 2018.

In some ways, the news came as a relief to Gareth, who had a deep-rooted fear of needles and had dreaded undergoing dozens of blood tests every year.

He said that he helped overcome the mental struggles of being infertile through the support of his wife and with the help of therapy and support groups.

The news also allowed the couple to explore other options and they soon turned to donor-assisted sperm following advice from Ramsay.

Gareth said that he was always on board with the concept of a sperm donor but said that his mind was made up when the couple attended a Donor Conception Network event in Belfast.

There, the couple talked to families who had availed of donor-assisted sperm, which helped to open Gareth's eyes to the benefits of using a sperm donor.

"We met a woman who was conceived through donor sperm and she told us that her biological dad might have given her the sperm, but the dad who raised her was her real dad. He's not an imposter. That was really important for me to hear," he told IrishCentral.

The couple quickly began the process of in vitro fertilization (IVF) and went were thrilled when specialists announced that they were satisfied with a worthy-looking embryo.

After years of tests and procedures, Anna and Gareth finally appeared to set to have children. Then came the shattering news that McLeod was still not pregnant.

The news was particularly devastating after so many prior setbacks.

"That was really devastating because we felt that this was definitely going to be a child, and they (specialists) didn't know why it failed."

While on holiday on St. Patrick's Day, 2019, the couple finally got the news that they had been desperate for; Anna was pregnant.

Gareth, however, was not quite ready to celebrate.

He said that while he felt "elated" when he saw the positive pregnancy test, he still had a nagging feeling that something would go wrong given the sheer number of setbacks that the couple had gone through.

On November 8, 2019, when Gareth finally held his newborn children in his arms, he said that every bad feeling left his body.

"All the stress and all the strain of the past few years just completely evaporated. It just left me both mentally and physically. It was so incredible." 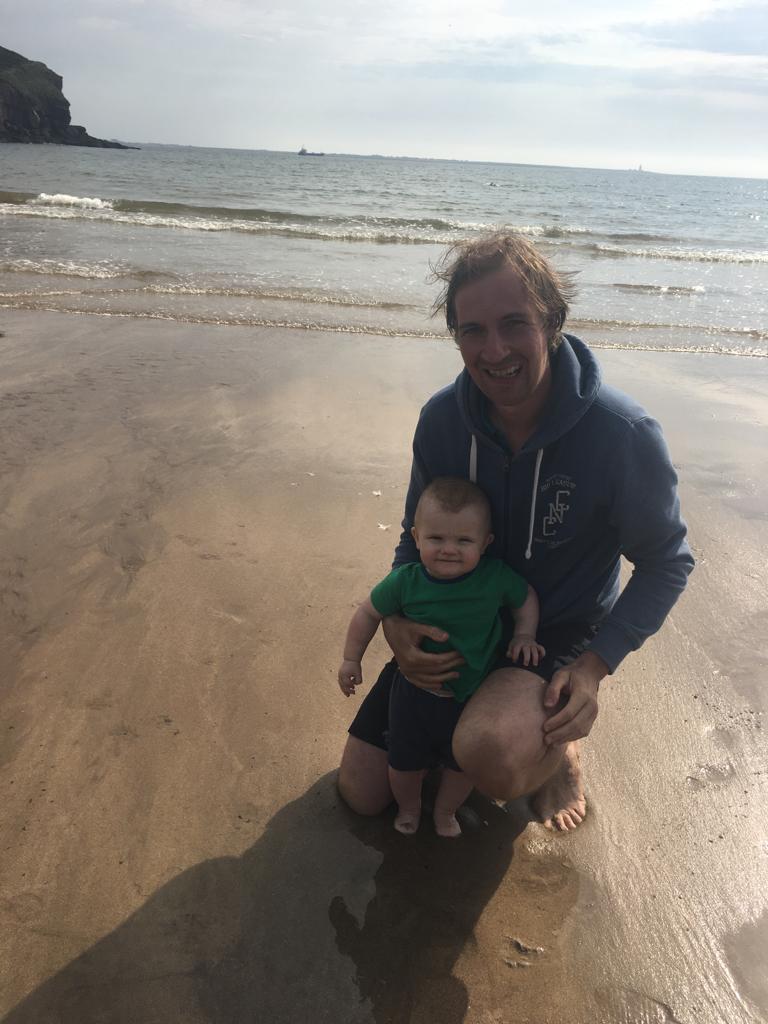 Gareth and Anna's children have just turned two and Landy told IrishCentral that he couldn't be happier.

The couple refer to their children publicly by their nicknames of Abba and Tutu because they feel it is their story too. They are already telling the twins about how they were conceived in ways that they can understand and Gareth said that they will continue to do so as they grow older.

He is now an advocate for male infertility and XXY men and is encouraging men to speak to someone about their issues.

He said that therapy helped him overcome his struggles with infertility and said that there is nothing to be ashamed of for seeking help.

"Men are really bad at asking for help," he said.

He added that there a stigma is still attached to male infertility and he said that many men are ashamed to admit that they can't father children.

However, he said that infertility is a result of a "genetic lottery" and there is nothing that can be done about it.

"A lot of men don't ask for help because they feel they're a failure and feel that they don't have a role in the world. People start to assess what they did wrong, but being born XXY is a genetic lottery, it's not anybody's fault." 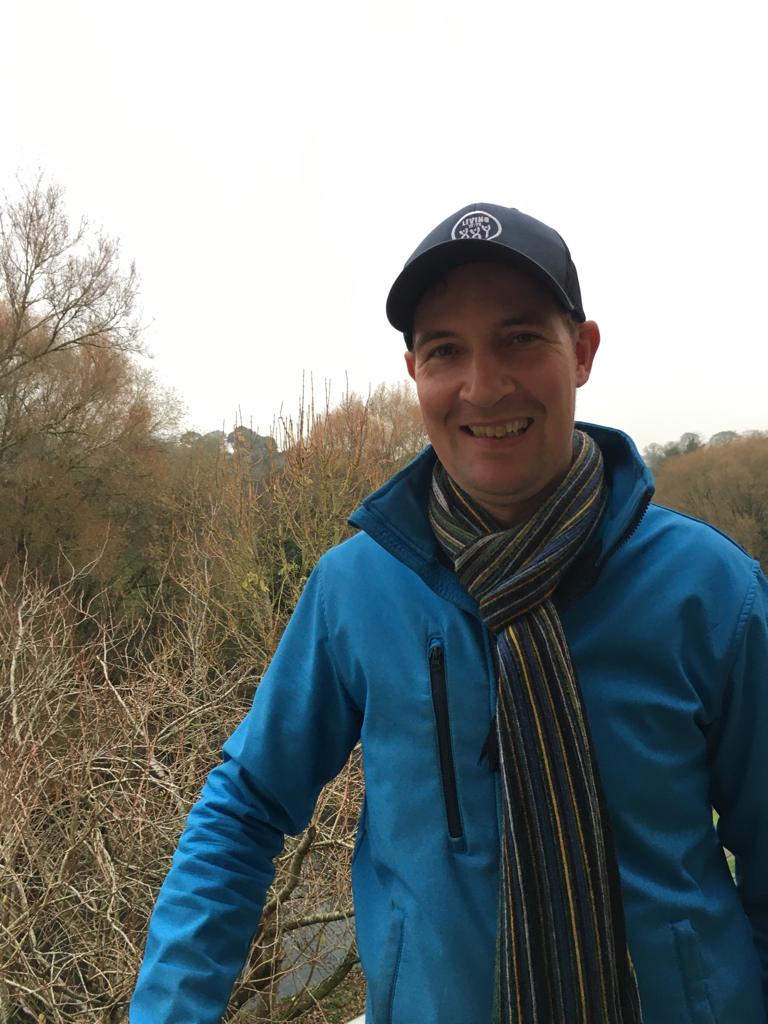 Gareth is now the Irish advocate for the Living With XXY Foundation, which aims to raise awareness about the condition and highlight its positive aspects.

"Because of that word syndrome, people associate XXY with negative things and limited capacity."

He said that a Google search of the condition will reveal a list of mostly negative symptoms but pointed to a number of positive traits, including photographic memory, artistic abilities, and musical talents.

He also pointed to his two children as evidence that infertility does not prevent people from having a family.