Jamie Harrison, a Galway native with more than 250,000 YouTube subscribers, was left shocked by the Russian invasion of Ukraine in late February and is raffling off one of his most valuable guitars to raise money for those impacted by the conflict. 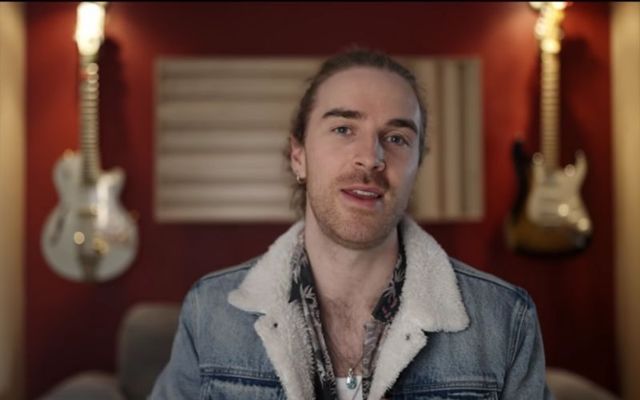 A Galway guitarist is raffling off one of his rarest guitars to raise money for Ukraine, already raising a whopping $250,000 in the online competition.

Jamie Harrison, an Oranmore native with more than 250,000 YouTube subscribers, was left shocked by the Russian invasion of Ukraine in late February and decided to raffle off one of his most valuable guitars to help make a difference.

Harrison's Austrian apartment is bedecked in expensive guitars and he decided to offer his fans a chance to win one of his most prized possessions to help raise funds for people and animals impacted by the invasion.

He is giving fans a chance to win his Fender 1956 Custom Shop Stratocaster (worth an estimated €7,000) that he had spent several years busking to afford.

The amount that each entrant donates will determine how many times they are entered into the online draw, with a £1 donation equal to one entry.

Harrison, who teaches roughly 40,000 students through online guitar courses, struck gold with his predominately US fanbase, already raising a total of €238,000 ($250,000) for the Ukrainian Red Cross and the World Food Kitchen, which helps feed people affected by the ongoing Yemeni Civil War.

The Russian invasion of Ukraine has caused a further food shortage in Yemen due to a shortage of grain from Ukraine.

The proceeds will provide huminatrian aid for Ukrainian people and support for animals left behind or trapped during the conflict. Entrants are able to choose which campaign their money goes to.

Harrison is also raffling off three "everything bundles" consisting of every song and general course he's ever made in addition to hundreds of videos, tabs, books, and resources. The everything bundles are worth an estimated £700 ($858).

He is also raffling dozens of individual lessons as consolation prizes.

For more information about the ongoing competition, click here.