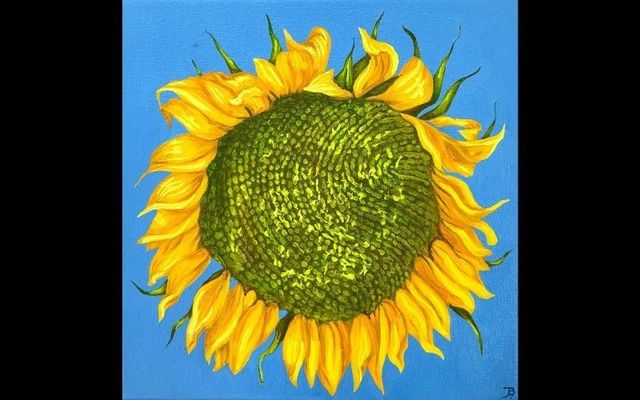 Hambly & Hambly is hosting the online auction entirely free of charge and a minimum of 50% of the sale price of each artwork will be donated directly to the Unicef Ukrainian refugee appeal.

More than 40 high-end artworks have been donated to Art Auction Ukraine with sale prices starting at considerably lower rates than their original value. The event presents an exciting opportunity to purchase original world-class Irish and Ukrainian artworks at unusual prices while supporting a humanitarian cause.

More than 40 Irish and Ukrainian artists of international acclaim - including Philip Flanagan, Laurence O’Toole, Maria Kulikovska, Michelle Boyle, and Eamon Colman - have united with the aim of contributing something meaningful to the humanitarian support effort through art. All proceeds raised from the sale of the donated artworks will go directly to the Unicef appeal in aid of Ukrainian refugees.

Award-winning Irish actor, author, and patron of the gallery Ciaran McMenamin opened the auction at midday on Friday, April 1. The online event was preceded by a filmed discussion between Irish, Northern Irish, and Ukrainian arts and culture representatives, which can be watched here:

Quillinan, a 2022 RHA annual exhibition invited artist, has strong links to Ukraine and was due to launch an exhibition of work by 10 Irish artists in Kyiv from June to September 2022. The exhibition was part of an Ireland-Ukraine cultural project organized with the assistance of Ireland's first resident Ambassador to Ukraine, Thérèse Healy, and Ukrainian, Mariia Zaiets, Dept of Culture, Irish Embassy, Ukraine.

Art Auction Ukraine co-curator Diane Henshaw and fellow donating artist Eamon Colman were both due to present work as part of the planned Kyiv exhibition. The artists donating to the auction say they all strongly feel the need to support the Ukrainian people through art at this time of crisis following the invasion of their country.

Internationally renowned Ukrainian artist Maria Kulikovska, who had been in discussion with the Irish artists about the Kyiv project, has also donated work to the fundraising auction. She recently fled Ukraine with her 6-month old baby, however her husband, Uleg Vinnichenko, with whom she created GARAGE33 - a gallery-shelter from conflict for contemporary art(ists) in Kyiv, remains in Ukraine and is unable to leave.

Irish artist Philip Flanagan has donated an original abstract piece, Sand Dune, Lunniagh, Donegal to the appeal entirely for free, while friend and patron of the gallery, Lord Belmore, John Lowry-Corry, has gifted a unique collection of books ‘CatalogueRaisonné of Oil Paintings: William Scott’ to the sale.

Known for still-life and abstract painting, William Scott CBE RA has huge significance in Irish art history and is the most internationally celebrated of 20th-century Ulster painters. His early life was the subject of the film Every Picture. Quillinan himself has donated an oil painting, ’Burren Notebook.'