Heroic Volodymyr Zelenskyyy spent five days in Ireland and played a gig in Drogheda for people back in 2017. Here's to his next trip to Ireland. 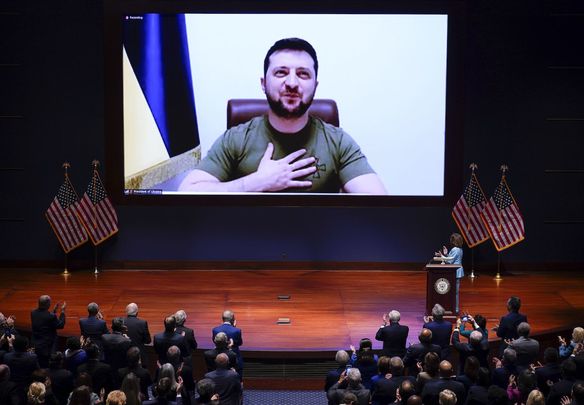 Ukrainian President Volodymyr Zelenskyyy is bravely standing up for freedom and democracy which Russia is trying to destroy, but before he became a world-famous politician, Zelenskyy was a comic who spent several days in Ireland back in 2017 and he performed a show in Drogheda, Co Louth.

President Volodymyr Zelenskyyy, who also won the Ukrainian version of Dancing With the Stars in 2006, staged his sitcom Servant of the People at the Tommy Leddy Theatre in Drogheda, a report in the Sunday World revealed.

His character? The president of Ukraine. Life imitating art indeed!

“Almost 1,000 people packed into the theatre on the Meath border to see the show which was produced by a Ukrainian showbiz agent living in Ireland,” the World reported.

The Irish Mirror said that Zelenskyyy spent five days in Ireland, and held up an Irish Tricolor during a photo-op. He also headed to Limerick and Clare to meet Ukrainians living there. The trip was arranged by his long-time friend Nick Levchenko, a native of Ukraine who has lived in Ireland for several years working as a show promoter.

“It was a pleasure to have him here, he is my friend.  He may be a comedian but as the world can now see he is no clown,” Levchenko told the Irish Sun.

“Our president is a very decent human being. His election did not change him one bit. We are all very proud how he is leading our country through this horrible war.”

If you do some scrolling on Zelenskyy’s Instagram – you’ve got to go 227 weeks back – he posted several photos and video of himself and his pals in Ireland.

The good old days, and hopefully there will be many more of them in Ukraine’s future even though it’s so bleak now.