Ukrainian President Volodymyr Zelenskyy is among the five recipients awarded the JFK Profile in Courage Award for 2022. 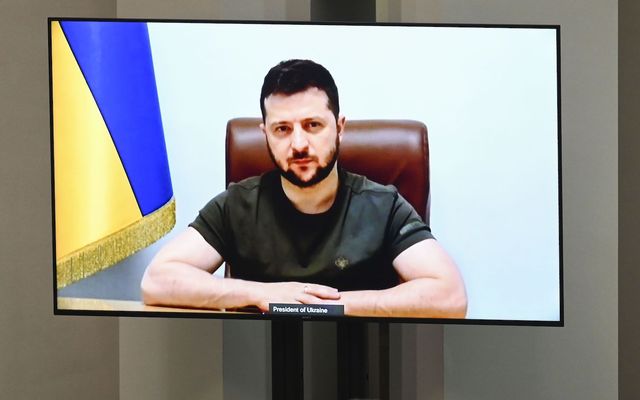 President of Ukraine Volodymyr Zelenskyy was honored with a JFK Profile in Courage Award on May 22. He remains in Ukraine as it continues to defend against the Russian invasion that launched in February.

Kennedy, who served as the US ambassador to Japan from 2013 until 2017 and was recently confirmed as US ambassador to Australia, said: "President Volodymyr Zelenskyy of Ukraine is doing the impossible every day,"

She continued: "His courage and his defense of democracy is reminding us all of what is most precious and fundamental to our way of life. His bravery and courage are only exceeded by that of the people of Ukraine—and  they are unifying the world, including Americans, to fight for freedom and the rule of law."

Deputy Chief of Mission of the Embassy of Ukraine to the United States Yaroslav Brisiuck was on hand to accept the award on Zelenskyy's behalf.

The honor was created in 1989 by former President John F. Kennedy's family to recognize "a public official (or officials) at the federal, state or local level whose actions demonstrate the qualities of politically courageous leadership in the spirit of Profiles in Courage, President Kennedy's 1957 Pulitzer prize-winning book.