Ukrainian President Volodymyr Zelenskyy has been named a recipient of the John F. Kennedy Profiles in Courage Award for leading "a courageous defense of democratic ideals and political independence." 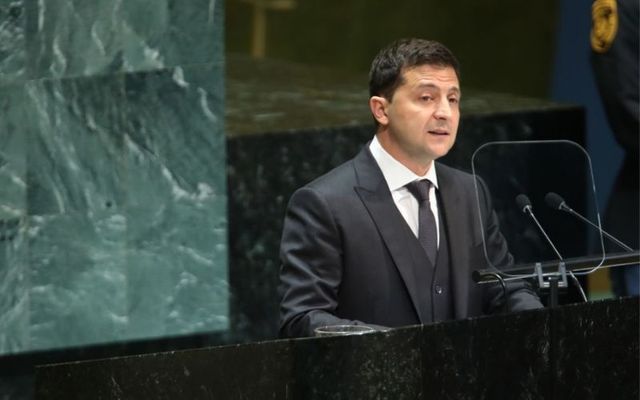 Ukrainian President Volodymyr Zelenskyy has been named a recipient of the John F. Kennedy Profiles in Courage Award.

President Zelenskyy is among five people named as recipients of the John F. Kennedy Profiles in Courage Award for their courage to protect and defend democracy in the United States and abroad.

"In February 2022, as Russia mounted a massive, unprovoked military assault on Ukraine, President Volodymyr Zelenskyy marshaled the spirit, patriotism, and untiring sacrifice of the Ukrainian people in a life-or-death fight for their country - a struggle that endures to this day," the John F. Kennedy Library Foundation said.

"From the first moment of the invasion, Zelenskyy and his family became targets for assassination by Russian forces. In the face of this constant danger, Zelenskyy has led a courageous defense of democratic ideals and political independence.

"With candor and clarity, he has focused the eyes of the world on the existential threat facing Ukraine, and on the need for robust, uncompromising international engagement and cooperation to safeguard all democratic societies. His principled leadership has strengthened the resolve of Ukrainians and people around the globe to protect and defend the fragile human right of self-determination."

In the face of grave threats to democracy around the world, the JFK Library Foundation will honor five individuals with the #ProfileInCourage Award.

These honorees have demonstrated acts of extraordinary courage to protect democracy at home and abroad. https://t.co/ut2UNbdkUh pic.twitter.com/GLYBwGkvTD

JFK's daughter Caroline Kennedy and her son Jack Schlossberg will present the awards on May 22 at the John F. Kennedy Presidential Library in Boston.

The award was created by the family of the late president to honor public figures who risk their careers by embracing unpopular positions for the greater good, and is named after Kennedy’s 1957 Pulitzer Prize-winning book, “Profiles in Courage.”

Ukrainian refugees are living in a 15th century Galway castle