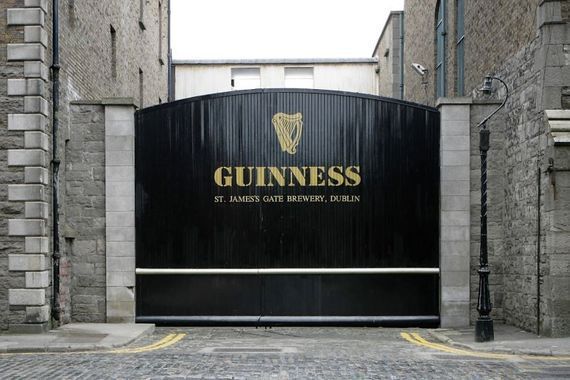 Guinness parent company Diageo has unveiled plans for a "major new urban quarter" located on the land of the iconic St. James' Gate Brewery in Dublin.

The company submitted an application for planning permission to Dublin City Council on August 2, outlining plans to redevelop 12 acres of disused brewery lands into a modern space featuring residential, commercial, and leisure units.

The area, which will be known as the Guinness Quarter, will also include new public spaces and pedestrian streets, according to the plans.

If successful, the proposed development would include 336 residential units, with 20% set aside for social housing managed by the Iveagh Trust.

The development would also include a 300-seater performance space, a market and food hall showcasing Irish food and crafts, and a hotel developed within Victorian buildings on James Street.

If completed, the plan would transform the 12-acre site into Dublin's "first zero carbon district", according to plans filed with Dublin City Council.

The area will include roughly two acres of public outdoor spaces providing "pockets of greenery to surprise and delight".

David Killion of Ballymore, the development group responsible for developing the plans for the Guinness Quarter, said that the quarter will become one of the finest examples of "sustainability and urban development" once completed.

"Our vision and plan is that once complete, the Guinness Quarter will be among the finest examples of sustainability and urban development, embracing the community, cultural, social, and industrial legacy of this part of Dublin. Conscious that the site is such an intrinsic part of the history of the area, Ballymore is honored to be a custodian of this project," Killion said at the launch of the Guinness Quarter plan.