The Cape Cod St. Patrick's Day Parade has named Commander Billie J Farrell, the first woman Commander of the USS Constitution, as its Grand Marshal for 2022. 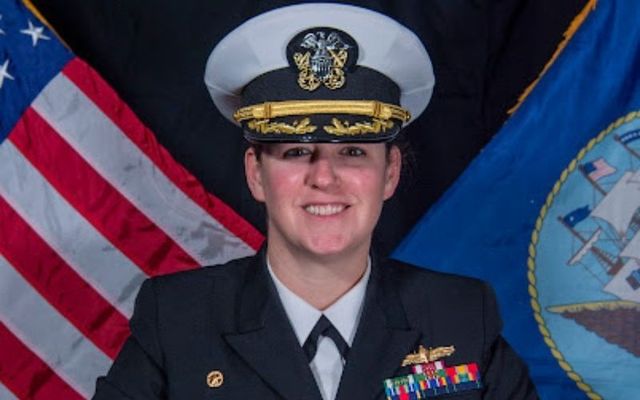 The Cape Cod St. Patrick’s Day Parade has named Commander Billie J. Farrell of the USS Constitution as its Grand Marshal this year.

Not a parade to be missed! The 2022 Cape Cod St. Patrick's Parade Grand Marshall will be… Commander Billie J. Farrell,...

"The USS Constitution, also known as Old Ironsides, is the world's oldest commissioned warship still afloat. This ship was built in Boston’s North End. It played a crucial role in the war of 1812 and defended sea lanes from 1797 until 1855. It was undefeated in battle!

"Here’s a little-known fact! This historic ship has ties to Cape Cod. Captain John Percival of West Barnstable, MA, was the only captain of the USS Constitution to circumnavigate the globe. The USS Constitution is now docked in Charlestown, MA.

"We are so honored to have Commander Farrell leading our 2022 parade! So let's give Commander Billie J Farrell, her family, and the ship's crew, a great big Cape Cod Irish welcome on parade day, and congratulate her on this wonderful accomplishment as the first woman Commander of the USS Constitution.”

The theme of this year's Cape Cod St. Patrick's Day Parade, which will be held on Saturday, March 5, is "Scatter Joy." You can register your float or to walk in the parade here, and explore the several sponsorship packages available here.

This year's parade theme: We know the last few years have been difficult...but we are hoping to STEP OFF on this PARADE with Hope and Optimism and... #paradetheme #RalphWaldo #scatterjoy

You can learn more about The Cape Cod St. Patrick's Day Parade on its website and Facebook page.