British Army killings during The Troubles "were not crimes," says Britain's NI secretary

Britain's Secretary of State for Northern Ireland Karen Bradley made the comments in the House of Commons on Wednesday. 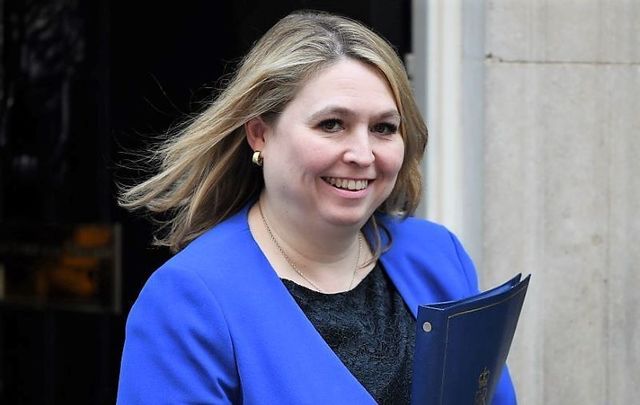 Britain's Secretary of State for Northern Ireland said civilian killings during The Troubles "were not crimes." Getty Images

Karen Bradley says that British soldiers were "fulfilling their duty in a dignified and appropriate way."

The Irish Times reports that Bradley made the comments in the House of Commons in London in response to a question from DUP (Democratic Unionist Party) MP Emma Little-Pengelly.

“Over 90 percent of the killings during the Troubles were at the hands of terrorists, every single one of those was a crime,” said Bradley.

“The fewer than ten percent that were at the hands of the military and police were not crimes.

“They [military and police] were people acting under orders and under instruction and fulfilling their duty in a dignified and appropriate way.”

Read More: What does Bloody Sunday Derry stand for today?

Gavan Reilly, an Irish political correspondent for Virgin Media, shared a video of Bradley’s comments, saying they were a “spectacular misstep:”

Spectacular misstep by NI SoS Karen Bradley in the Commons earlier – when the security forces kill people it's not a crime, she says pic.twitter.com/nY95drl4mQ

Later, Bradley attempted to clarify her comments, saying they “might have been open to misinterpretation.”

“The point I was seeking to convey was that the overwhelming majority of those who served carried out their duties with courage, professionalism, and integrity and within the law,” Bradley said.

“I was not referring to any specific cases but expressing a general view.

“Of course, where there is evidence of wrongdoing it should always be investigated whoever is responsible. These are of course matters for the police and prosecuting authorities who are independent of government.”

Read More: One of the most notorious murders of the Troubles not properly investigated finds UK Supreme Court

Speaking with the BBC, John Kelly, whose brother Michael was one of the 14 civilians killed during 1972’s Bloody Sunday in Co Derry, said Bradley’s comments were “outrageous.”

"I thought it was unbelievable and I'm very angry about it," he told the BBC.

"Because she said that, I don't think she can represent nationalist people or anyone [whose relatives] lost their lives at the hands of the British Army and I believe she should resign.

"Her place now is untenable - she should go."

These comments are an insult to families who have lost loved ones at the hands of the British army, state agencies and their proxies in the loyalist death squads which were directed by the British state.
These offensive and hurtful comments should be withdrawn immediately. https://t.co/Ow1uNZoykg

Bradley’s comments come just days before Northern Ireland's Public Prosecution Service (PPS) is expected to announce whether any of the former soldiers will face charges in connection with the deaths during Bloody Sunday in January 1972.

What do you make of Bradley's comments? Let us know in the comments section, below.