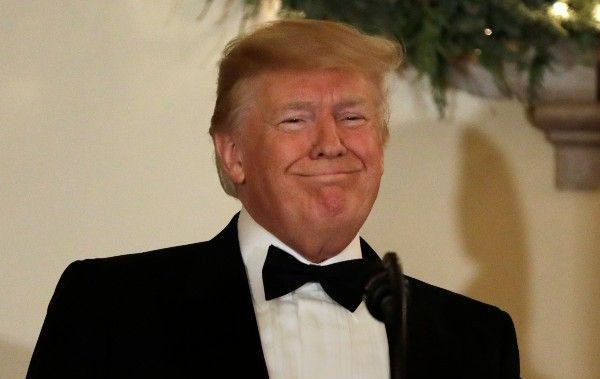 Chris Matthews is predicting that President Donald Trump may resign from his position as part of a deal with Robert Mueller.

Read More: There are no grounds to impeach President Trump

The MSNBC ‘Hardball’ host dubbed President Trump’s adult children Ivanka and Trump, Jr as “the next dominos to fall” in the midst of the Mueller investigation, which Matthews said is “coming to a breaking point.”

Matthews believes that President Trump could potentially step down as part of a deal with Mueller to spare his children facing charges.

Matthews speculates: “But what if the prosecutor were to offer the president an alternative?"

“What if he were to say he would let the children walk if the old man does the same? That would mean giving up the presidency in exchange for acquittals all around ― not just for himself, but for all his kids.”

“Leverage the office while you still have it,” Matthews said.

Matthews also drew comparisons to former US President Richard Nixon’s Vice President Spiro Agnew who, amidst a 1973 investigation, took the option to step down from his office, becoming the first VP to do so.

Matthews added that the event in the coming weeks will “bring all this to a breaking point."

“It is going to be historic.”

Do you agree or disagree with Chris Matthews? Let us know in the comments