Cardinal Reinhard Marx, with backing from other German bishops, says options on celibacy must be discussed. 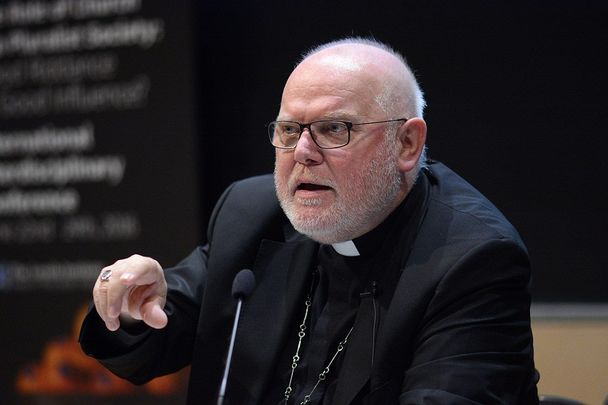 Following the release of a damning report detailing close to 500 cases of clerical sexual abuse in German, Cardinal Marx tells the assembly "the possibility of celibate and married priests" must be discussed.

Cardinal Reinhard Marx, a prominent German archbishop, is advocating for the loosening of celibacy rules with the Catholic Church. Speaking at a meeting of a German reform assembly he called for a more lenient approach to priesthood celibacy with "the possibility of celibate and married priests."

Marx's comments, released on Thursday, come just after the independent report on the German Church's handling of sexual abuse cases over the past decades. The report faulted Cardinal Marx along with Pope Emeritus Benedict XVI. The report from the archdiocese of Munich-Freising, detailed nearly 500 cases of clerical sexual abuse from 1945 to 2019.

He told the assembly the Catholic Church needs deep reform to overcome the "disaster" of institutional sexual abuse.

Marx, a reformist ally of Pope Francis, said that celibacy will not be scrapped altogether but that he sees a "question mark" over "whether it should be taken as a basic precondition for every priest.”

The Cardinal added, “We must hold this discussion.”

Marx was among those, in 2019, who supported the call by bishops in the Amazon region for the ordination of married men as priests to address a clergy shortage there.

The Cardinal's view were echoed by Bishop Georg Bätzing, head of the German Bishops’ Conference and Berlin Archbishop Heiner Koch.

Dr. Bätzing said “the celibacy of priests is a biblically-attested form of following Jesus . . . but not the only form, at least not in the Catholic church”.

“The Catholic churches of the East have married priests,” he said.

“I can’t see how marriage and the priesthood aren’t a common enrichment for this priestly service and for the common life of spouses.”

It seems that the tide has certainly changed on the attitude of marriage within the Catholic Church and celibacy. In a poll carried out by IrishCentral in 2019, almost 90% of our readers agreed that priests should be allowed to marry. A total of 87.5% said yes, priests should be allowed to marry within the Catholic Church. Voting against were 9.06%  while 3.44% were unsure.