Sonia Aylmer says being able to publicly name her son Brooklyn Colbert, who was murdered in 2019, is a welcome step forward in the healing process. 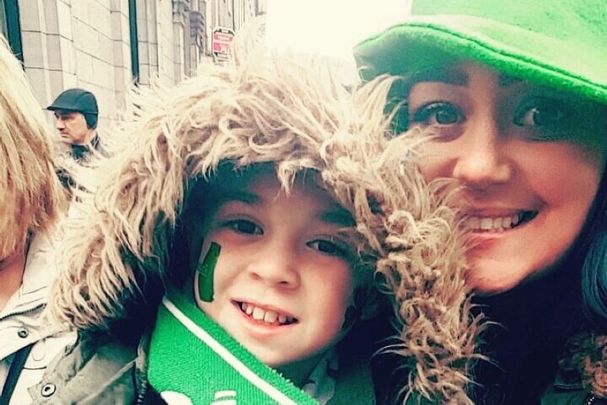 Brooklyn Colbert was murdered by his half-uncle in 2019. Now, his mother Sonia Aylmer can finally name him publicly after a court order was lifted.

Sonia Aylmer, the mother of Brooklyn Colbert who was murdered in Co Limerick in 2019, has welcomed the lifting of a ban that prevented her from naming her late son publicly.

Colbert was just 11 years old when his half-uncle Patrick 'Paddy' Dillon, Aylmer's half-brother, stabbed him more than 20 times in November 2019. Dillon, who claimed that he heard voices telling him to kill the boy, admitted to his crime and was sentenced to life in prison in February of this year.

RTÉ reports that last October, the Court of Appeal ruled Section 252 of the Children's Act 2001 meant no child victim of any crime should be identified, even if the child was dead.

As such, Colbert was initially named at the time of his death but was anonymized once court proceedings began.

“When I left the court I wasn’t able to say Brooklyn’s name, or even speak about him," Aylmer said.

"I felt like I had to hide my face as if I had done something wrong, as if I’d committed a crime."

Ever since, she has campaigned for the Act to be changed. Her efforts paid off last week when an amendment to the Act came into effect, and the ban on Brooklyn Colbert being named publicly was lifted on May 10.

Ireland's Minister for Justice Helen McEntee signed the commencement order which gave effect to the changes to Section 252 of the Children's Act 2001 on April 28, the day before she began her maternity leave.

Yesterday I signed the commencement order to bring into effect changes to S252 of the Children Act. Thanks to the parents & families who have waited patiently for this change. The right to name your children publicly will now be restored. This will come into effect on 7th May. pic.twitter.com/vfZTRAe3nR

Aylmer told The Irish Sun: "Now the world can finally see and hear what a special boy Brooklyn was.

"It's such a relief that I can openly say his name and that ruling last year deprived us of the opportunity to remember him publicly.

"But it's also such a relief that Patrick Dillon can now be exposed as a child killer - this is what he will always be known as."

She added: "There was absolutely no need for this law and all it did was protect killers.

"We, along with many families across Ireland, had to suffer from October until May and it wasn't fair - it just added more trauma."

Upon the lifting of the ban, Aylmer told RTÉ News: "Brooklyn's identity was taken from him and our ability to speak about it was taken from us as well ... so it's a weight lifted, it is not going to bring Brooklyn back but it's a step forward for us and a little bit of healing process I suppose."

'It's therapy in itself, to be able to speak about our children.'

Sonia Alymer, whose son Brooklyn Colbert was murdered by a relative in November 2019, has welcomed the lifting of an order preventing the identification of the 11-year-old boy | Read more: https://t.co/bgVsZExWBV pic.twitter.com/DSk8pF1Eut