Police continue to question a 26-year-old man who led Brooklyn Colbert into his aunt's house, on a quiet cul-de-sac, on Sunday evening, before the young boy died from a fatal assault. 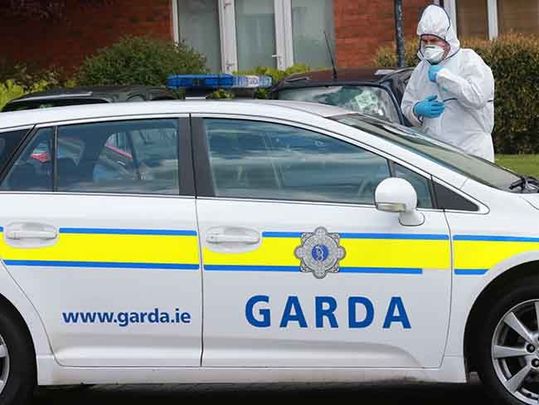 Forensics have investigated the crime scene in Limerick, where Brooklyn Colbert was murdered. RollingNews

Police continue to question a 26-year-old man who led Brooklyn Colbert into his aunt's house, on a quiet cul-de-sac, on Sunday evening, before the young boy died from a fatal assault.

Brooklyn Colbert (11) was found stabbed to death at a house in Ballynanty, County Limerick on Sunday night.

The young boy was found with multiple injuries at a house on Shanbooley Road. According to the Irish Independent reports a 26-year-old who had been spotted with the young boy either walked into the Henry Street garda station in Limerick or alerted the gardai to the incident by phone.

The police rushed to the scene, where they confirmed Brooklyn Colbert's death. Gardai at Mayorstone Park stations, in Limerick, have appealed for witnesses or anyone with information about the crime to contact them.

The Irish Sun reports that locals had seen the 26-year-old man, who is being questioned by gardai, on Sunday evening walking with the boy as they made their way to the house in neighborhood of Ballynant, where the older man lived with his aunt. He was described by locals as a quiet man who does not drink or smoke.

Locals told the Irish Independent that the pair seemed "good form, and nobody had any suspicions that anything so drastic and fatal would take place."

Sources also told the Irish tabloid newspaper that the child had sustained "multiple injuries" and that bloodstains were visible on the front door of the house on Monday.

The young boy attended the John F Kennedy Memorial primary school. He was in fifth class.

The school's principal released a short statement shocked by "the untimely death of our much-cherished pupil".

"We will work to support our pupils and staff in coming to terms with this loss over the coming days and weeks. Our thoughts and prayers are with the family at this very sad time," the statement added.

A local mother-of-two, Chelsea Smyth, told the Sun, "I know the families (involved) and it’s hurtful to hear of the loss. We are all very shocked, especially in this area, things like this don’t normally happen here.”

She described 11-year-old Brooklyn as “a lovely little boy”.

“Him and his mam, it was just the two of them. He was the apple of her eye.”

The Garda Technical Bureau travelled from Dublin to Limerick and has carried out a forensic examination of the house. Gardai detectives carried out house-to-house enquiries in the local community, while their colleagues searched the local streets, in an effort to piece together Brooklyn Colbert's final moments.

Ireland's State Pathologist Dr Margot Bolster arrived at around noon on Monday morning. By 1.30pm an estate car, with blacked-out windows, had arrived and Brooklyn's body was removed from the property.

A post-mortem examination was due to take place at University Hospital Limerick on Monday afternoon.

Gardai also sealed off a house in the Moyross area, less than one kilometre, from the scene of the crime. It is believed that this is the suspect's parent's home.

Sinn Fein councillor, John Costelloe, a local man and father-of-four said “I can’t believe it, an 11-year old boy taken from his family and his community. It’s absolutely horrendous. People are just numb around here. It’s just beyond words really.”