Deirdre Morley stands accused of murdering her sons Conor, 9, and Darragh,7, and her three-year-old daughter Carla on January 24 this year. 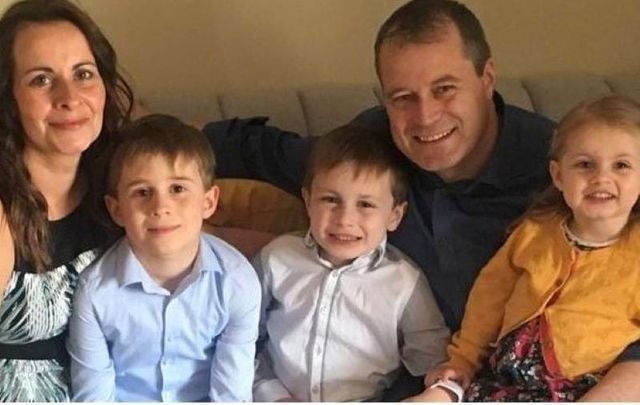 Deirdre Morley was charged with the murder of her three children earlier this year. Rolling News

A mother accused of murdering her three children in her Dublin home earlier this year is fit to stand trial, a court heard on Wednesday.

Deirdre Morley stands accused of murdering her sons Conor, 9, and Darragh,7, and her three-year-old daughter Carla on January 24 this year.

Their bodies were discovered in Morley's home in Newcastle, County Dublin and she was subsequently arrested and charged with their murder.

Andrew McGinley, Morley's husband and the children's father, discovered the bodies along with Gardaí and paramedics. The children's funeral took place on January 31 and drew more than 1,000 mourners.

Morley, 43, was found by a taxi driver shortly before her children's bodies were discovered. She was treated for several days at Tallaght University Hospital.

She was formally charged with the murders on January 28  and ordered to undergo a psychiatric evaluation.

She has not attended any of her five court hearings because she is too mentally unwell and she remains in custody in the Central Mental Hospital in Dublin.

Defense solicitor Jonathan Dunphy told the court Wednesday that his client could not attend the hearing and "would benefit from continued treatment."

Read more: “It was not their time” - Funeral held in Dublin for young McGinley siblings

However, Dunphy also told the court that a psychiatrist's report was available which said that she was "fit to face trial."

"My client has been deemed fit to plead and the matter will go through the normal procedure," Dunphy told the Dublin District Court.

The prosecution told the court that it had no issue with Morley's continued absence due to hospital treatment.

An Garda Síochána will submit the case file to the Director of Public Prosecutions in the next seven to ten days, Dunphy said at Wednesday's hearing.

Detective Sergeant Dara Kenny made her first court appearance Wednesday and said that Morley made no reply when she was charged with her children's murder.

Judge Grainne Malone, who is presiding over the case, said that there was an explanation for Morley's absence, even if there was no sick note in court.

She adjourned the case until May 13.