"Former Congressman Eliot Engel was a champion for the Irish community for 30 years." 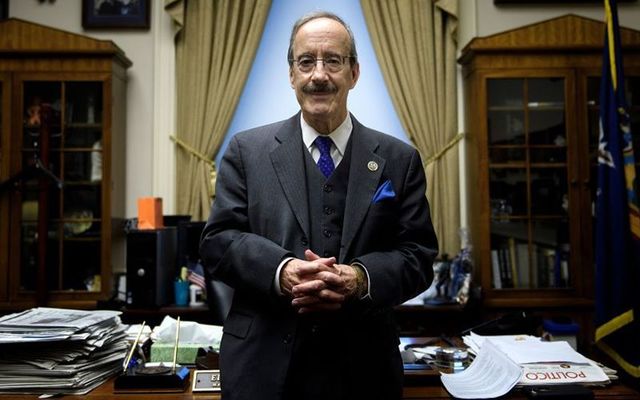 The Bronx County AOH will pay tribute to the long career of former Congressman Eliot Engel at its annual awards ceremony on Sunday, November 21 at Rory Dolan’s in Yonkers.

This year being the 40th anniversary of the 1981 hunger strike, the event will include a special dedication to all of those in America who marched every day for the hunger strikers and were instrumental in the victory over Margaret Thatcher’s criminalization policy.

Andree Murphy of Relatives for Justice will travel from Belfast to speak about British plans to shut down legacy justice forever and make a call for action on behalf of the victims.

Bronx AOH County President Martin Galvin said, “Former Congressman Eliot Engel was a champion for the Irish community for 30 years. While supporting Sean Mackin's successful fight against deportation in 1988 he became interested in Irish issues, went to Belfast to see for himself and been a leader on every Irish political issue since then, including visa denial, the MacBride Principles, the Irish political deportees, Malachy McAllister, Brexit and too many others to list. As chairman of the House Foreign Affairs Committee, he held Congressional hearings on key Irish issues, including British moves to bury the truth on state involvement in murders.

“In addition to Bronx County honors, he will receive a special award from AOH National President Danny O’Connell. We want to honor Congressman Engel and show him that the Irish community will never forget all he did for us.”

Galvin added, “Danny O’Connell is being honored as the national president of America’s oldest and largest organization, the Ancient Order of Hibernians. Elected during a health pandemic that seemed to make AOH work impossible, he overcame everything and by his leadership, use of technology and vision has succeeded in making the AOH more effective than ever as the voice of the Irish in America.

“Nuala Purcell is being honored as photographer for the Irish community. In that role she has taken pictures preserving countless events, and has made a historic photographic record of these events which then are carried across the country through our Irish American newspapers. She is also the Tipperary Association president and member of the Aisling Board of Directors.

“Michael Shanley became a key organizer of Manhattan Irish Northern Aid, which hosted the daily national major demonstrations in New York City, and volunteered for the Irish People newspaper. He would become national chairman of the Free Joe Doherty committee. He is being honored in his own right but also as a representative of everyone across the United States who supported the 1981 Hunger Strikers in America.

“We invite anyone who marched for the Hunger Strikers in 1981 to come and we will call for them to stand and be applauded. They showed that Ireland was an important issue to Americans and set in motion the initiatives which became the Irish agenda which Democratic candidate Bill Clinton would address in 1992.

“Andree Murphy, deputy director of Relatives for Justice, Belfast journalist and political commentator, will be the guest speaker. As the British threaten a new crisis on legacy justice, she will give us the latest information on British proposals and how America can help.”

The AOH is the largest Irish American organization and is committed to freedom for all Ireland, immigration reform and the promotion of Irish culture, arts and history.

The event on the 21st will take place from 3-7 p.m. at Rory Dolan’s, 890 McLean Avenue, Yonkers.  Music will provided by the Kitty Kelly Band. Tickets are $80 and reservations are highly recommended.

For tickets or information about congratulating the honorees in the souvenir journal call 347-880-1403 or email nolanbxbp@hotmail.com, or 718-597-6327, email jacksligo@hotmail.com.