Feerick, Nugent, MacCartney Law Offices in New York removed their Halloween display after the local NAACP chapter said the jack-o-lanterns were in "blackface." 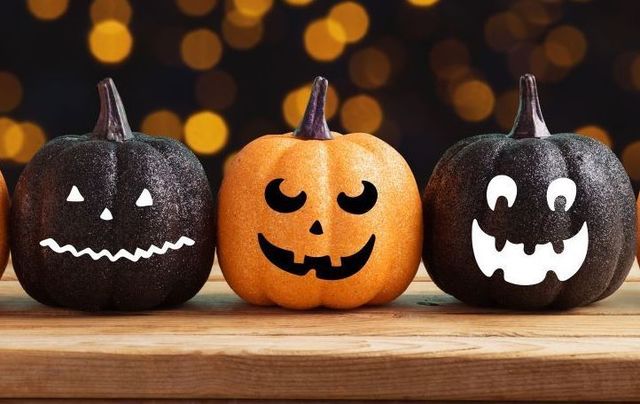 A law firm in New York was criticized after displaying what were considered to be "blackface" jack-o-lanterns. Getty Images

A law firm in New York came under criticism this week after they displayed jack-o-lanterns which some claimed to be ‘blackface.’

Mary Marzolla, a partner at the law firm, told News 12 Westchester that each of the black jack-o-lanterns on display featured the names of the partners in the law firm and they were never intended to upset anyone.

The store says it took action after News 12 reached out but would not say if it had received any other complaints - https://t.co/Lg8rSYwcbH

“We understand that someone complained about them and so once we got word of that we immediately took them down,” Marzolla said.

“We represent people of all colors and faiths, and we would never do anything to exclude anyone from any community,” she says.

Marzolla’s associate Alak Shah said: “It's just nothing I take offense to personally, but since it did offend someone we took proactive steps to take it down.”

Wilbur Aldridge, the local director of the National Association for the Advancement of Colored People (NAACP) said the law firm’s display showed an “extreme lack of sensitivity.”

“By now I would believe everyone [would] know that anything in Blackface is offensive,” Aldridge said, adding “… Equally as offensive is that a retail store would have such an item in [their] inventory for general purchase.”

USA Today reports that Aldridge added: "It wasn’t about the pumpkin itself, but what was done to the pumpkin. When you proceed to put the white eyes and the white mouth, now you have crossed the line because it then goes into having blackface.

"This is not a huge incident, however, if you don’t respond small things have a way of becoming large things," he said. "So you need to respond and make it where people are aware of what they are doing."

Aldridge said the law firm should be commended for responding so quickly to the complaints.

Read More: Growing up in Ireland with the Black and White Minstrels, Uncle Tom and blackface

Bed Bath & Beyond, the home goods store where the black jack-o-lanterns were purchased, has since pulled the product from their shelves but has not made clear whether or not they received additional complaints.

A spokesperson told News12 Westchester: “We have immediately removed the item from sale.”

“This is a sensitive area and, though unintentional, we apologize for any offense caused.”

You can watch News 12 Westchester's report on the incident here:

What do you make of the law firm's Halloween display? Let us know in the comments