Growing up in Ireland with the Black and White Minstrels, Uncle Tom and blackface

The prolonged showing of The Black and White Minstrel Show on English TV is stunning to look back on. 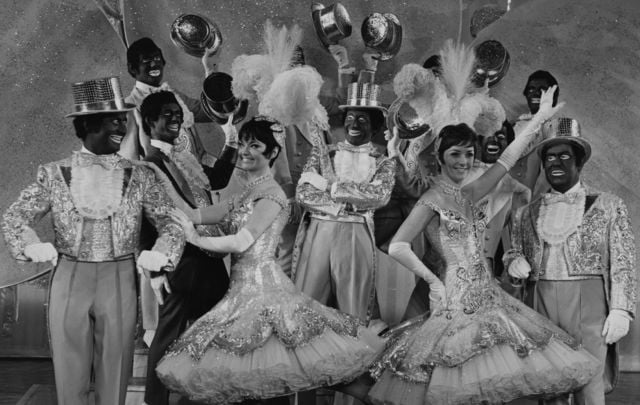 Dancers from 'The Black and White Minstrel Show'. Photo by Fox Photos/Getty Images

The prolonged showing of The Black and White Minstrel Show on English TV is stunning to look back on.

Growing up in Ireland in the early seventies, there was one extremely popular show in 18 million households across Britain and Ireland.

In fact, it was the most popular show on television. It was called The Black and White Minstrel Show on the BBC no less, nowadays that avatar of political correctness.

Today the BBC admits it was the biggest programming mistake ever made by the corporation.

The show managed to insult more than black people. There was a puppet leprechaun called Murphy whose specialty was dumb Irish jokes. Sample: “If your mother comes from Ireland you'd be handy with a shovel.”

In addition, the minstrels wore sombreros in some scenes, incongruous I know but ethnic realism was never high on this show’s agenda.

The minstrels themselves were white around the eyes and lips, all the rest blackface, resembling a balaclava.

They were fascinating and different to my childhood eyes. I had no idea about Jim Crow or Uncle Tom at the time, nor did most everyone in Ireland.  I cringe when I think back on it.

Ironically, I never knew that the Irish who came to America were heavily instrumental in creating the blackface performers.  As outlined in Peter Quinn's magnificent The Banished Children of Eve book, he reveals the fact that most of the black and white performers in New York in the post-Famine era were Irish. 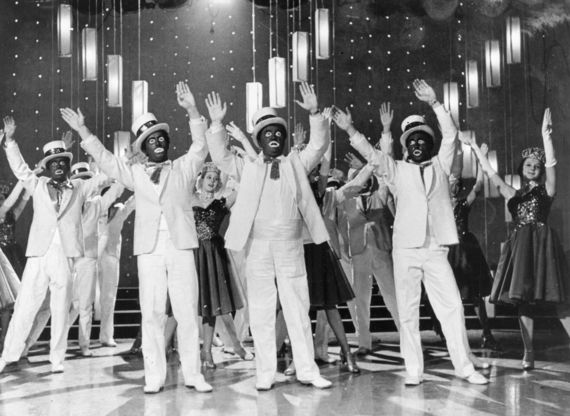 That was because it gave them a way, paradoxically, to make the point that they were white and allowed them to venture outside their usual nostalgic Tin Pan Alley stage plays which were of interest only to fellow Irish.

A stage version of the BBC show had one of the longest runs ever on the British stage and won several prestigious awards. No one ever seemed to question the sheer ignorance of wearing blackface, and failed to comprehend how that looked to a growing black population in Britain.

Remember the minstrels were playing through the worst of the race riots in America, Selma and Birmingham, “I Have a Dream,” the assassination of Dr. Martin Luther King … the minstrel bands played on. 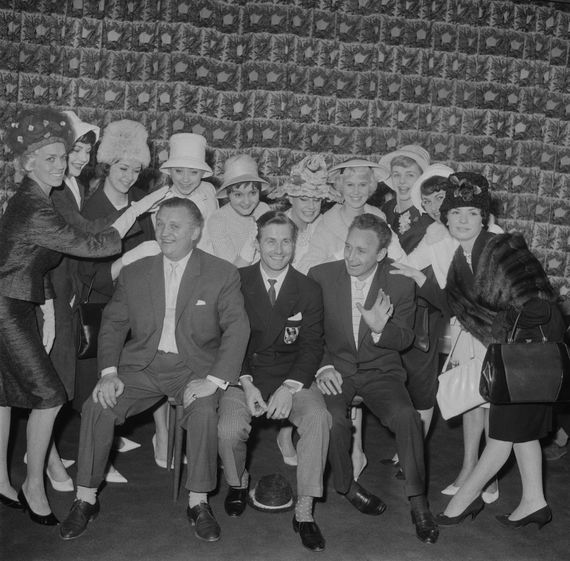 In Britain, the race riots of 1958 started by white supremacists and teddy boys at Notting Hill in London signaled the beginning of the race issue in British politics. The blackface minstrels were just getting started, oblivious to how it appeared.

Eventually, reality began to set in.  A petition was launched in 1967 by the Campaign for Racial Discrimination, calling for the BBC to remove The Black and White Minstrel Show from the schedules.

That was in 1967, and it only took the Beeb another 11 years to pay heed, with the final episode being broadcast on July 21, 1978. Forty-one years later it is still a source of shame that the show ever saw the light of day.

Amazingly, that wasn’t the end of the story, and the minstrels continued to perform their racist routine in theatres and, later, holiday camps until 1987. Uncle Tom finally was put to bed just 32 years ago in Britain.  Good riddance.