Irish American host Megyn Kelly has reportedly lost her job at NBC just 48 hours after she attempted to defend the use of blackface at Halloween. 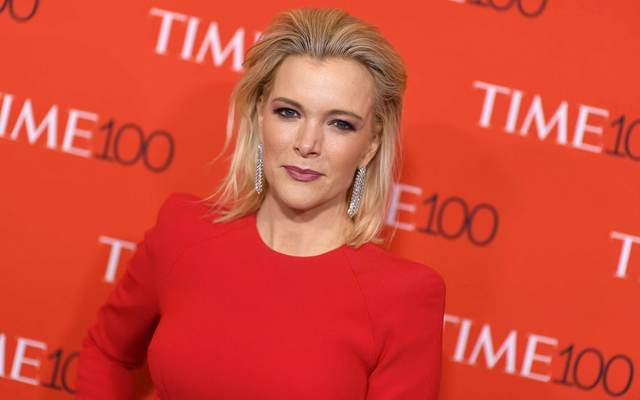 Megyn Kelly attends the TIME 100 Gala celebrating its annual list of the 100 Most Influential People In The World at Frederick P. Rose Hall, Jazz at Lincoln Center on April 24, 2018, in New York City. ANGELA WEISS/AFP/Getty Images

Irish American host Megyn Kelly has reportedly lost her job at NBC just 48 hours after she attempted to defend the use of blackface at Halloween.

Megyn Kelly has reportedly been fired from NBC after she faced immediate backlash for comments made on her show in which she claimed that to wear blackface on Halloween may not be deemed racist.

During a discussion on Tuesday on her show "Megyn Kelly Today," the Irish American host wondered whether it could be deemed racist to wear dark makeup or face paint on Halloween while discussing with her panel the pressure in universities to ban costumes that could be deemed offensive.

“What is racist?” she asked a panel that included Jenna Bush Hager, Jacob Soboroff and Melissa Rivers.

Megyn Kelly wonders what the big deal is about blackface pic.twitter.com/07yvYDuAYe

“There was a controversy on ‘The Real Housewives of New York’ with Luann, as she dressed as Diana Ross and she made her skin look darker than it really is,” Kelly added, arguing that it was a tribute to a person to wear blackface.

“People said that was racist! And I don’t know, like, I thought, like, ‘Who doesn’t love Diana Ross?’ She wants to look like Diana Ross for one day. I don’t know how that got racist on Halloween.”

The former Fox host apologized for the comments on Wednesday, the 47-year-old sending an email apology to staff before making a formal public apology on air.

“I want to begin with two words: ‘I’m sorry,’” she said at the start of her show.

“Yesterday we had a discussion here about political correctness and Halloween costumes, and that conversation turned to whether it is ever okay for a person of one race to dress up as another — a black person making their race lighter or a white person making theirs darker, to make a costume complete.

You lost me at, “..a Black person making their face lighter.” pic.twitter.com/VT37htj3Tj

“I defended the idea, saying as long as it was respectful, and part of a Halloween costume, it seemed okay,” she continued.

On Thursday, however, a new episode of Kelly's show was not aired with a re-run from August 31 being shown instead.

"Not being on air is the kiss of death!” one insider told Page Six.

Quite a way to explain your embrace of racism on morning tv. https://t.co/iGcmuUa2P6

"She is never coming back. We are just working out timing of the announcement but mark my word -- she is gone and will never be seen on NBC live again."

Here is your proof that @megynkelly's feigned ignorance on blackface was staged and that her apology was hollow. Two years ago. Her tweet. How much longer will you coddle her, @TODAYshow? https://t.co/JuBEFpI5mT

"Here’s the worst part – her deal is a non-break deal – so she walks away with all that money. It’s disgusting and heads should roll here because of it," they added.

"She owes a bigger apology to folks of color around the country because this is a history going back to the 1830s." – Al Roker and other NBC staff had a five-minute roundtable about Megyn Kelly on the @TODAYshow. https://t.co/OutwUPnDrR

A spokesperson for NBC has yet to comment on her removal.

Do you think she should be fired from NBC for the comments? Vote in our poll and be sure to tell us why in the comments section, below.

Why do you think she should be fired? Tell us your thoughts in the comments section.