Biden turned the first sod at the Mayo Roscommon Hospice Foundation's facility in Knock in 2017. 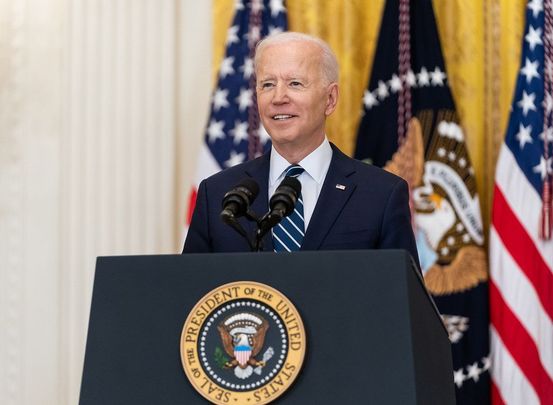 President Joe Biden has sent a letter to an Irish hospice thanking them for their support during his 2020 presidential campaign.

Biden sent the letter to the Mayo Roscommon Hospice Foundation offering his thanks for their encouragement during his presidential bid.

"I am humbled by the faith that you have placed in Kamala Harris and me," Biden wrote in the letter.

Biden, who traces his Irish ancestry to County Mayo, has familial ties to the hospice through his cousin Laurita Blewitt.

In a letter to hospice CEO Martina Jennings and Chairman Mike Smith, Biden said that hospice care was all about "dignity, support, and respect".

"Because of your empathy and care, I know the people of Mayo you help will be treated with the utmost decency and humanity during their time of greatest need," Biden wrote.

The US President a long association with the foundation and turned the first sod at their Mayo hospice in 2017 during a visit to his ancestral home in Ballina in 2017.

Biden referenced the 2017 visit in his letter, stating that he witnessed an "act of love" by the Mayo community.

"You understand what it means to love and care for your neighbor as yourself. I knew this was true when I turned the sod in 2017 – created as an act of love by the community, for the community."

Biden also referenced his late son Beau, who died of cancer in 2015. He said that the 2017 trip to Mayo was emotional because he hoped to make it with Beau. He thanked the hospice foundation for honoring the memory of his son.

"It is an honor that my son Beau’s soul lives in the fabric of this special facility," Biden wrote.

"God bless you and those whom you care for with love and dignity at Mayo Roscommon Hospice Foundation. On behalf of the whole family, thank you."

The hospice foundation's Mayo hospice was completed in 2019, while its Roscommon hospice is scheduled to be completed in July this year.

Chairman Mike Smith told the Irish Examiner that he hopes Biden can return to see the completed facilities on his next visit to Ireland.

Smith also said that hospice staff were "so grateful" for all of Biden's support to date.