Cunard's Queen Victoria will arrive at the Harland & Wolff shipyard next month, making it the largest cruise ship to ever drydock in a UK shipyard. 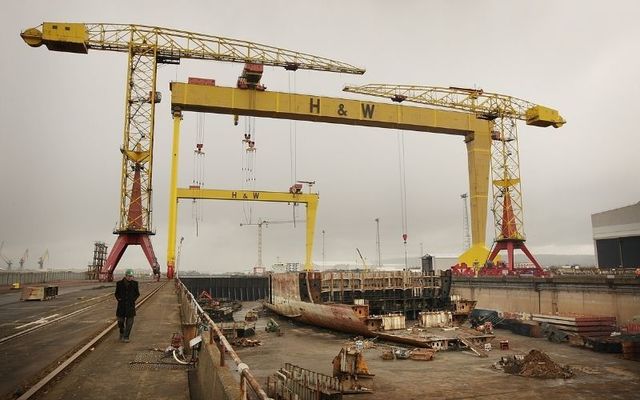 The drydock at the Harland & Wolff shipyard. Getty

The Harland & Wolff shipyard that famously built the Titanic has been awarded the UK's first cruise ship contract in more than 20 years.

Cunard's Queen Victoria will arrive at the Belfast shipyard next month, making it the largest cruise ship to ever drydock in a UK shipyard. It will also become the first Cunard ship to drydock in the UK.

Meanwhile, P&O Cruises' Aurora will arrive at the shipyard in June, making it a "double-win" for the shipyard.

Harland & Wolff will carry out standard operations on both ships, with works on each ship expected to last 33 days.

According to ITV News, Harland & Wolff views the contracts as an opportunity to demonstrate the capabilities of the Belfast shipyard to the wider cruise ship industry.

The news represents a significant opportunity for the famous shipyard, whose future was in doubt as recently as 2019.

Harland & Wolff has entered into new sectors since it was rescued by Infrastrata in a deal that secured jobs at the shipyard.

Infrastrata chief executive John Wood said the company is looking to secure a defense contract in the future.

"We have now secured contracts in four out of our five markets; commercial, cruise and ferry, renewables, and energy - we now look forward to completing the final milestone of securing a defense contract in the near future," Wood said in a statement.

ITV News reports that Harland & Wolff is also seeking to maximize the potential of a UK Government strategy to build 150 domestic vessels in the coming years.