Belfast man Aaron Callaghan has made his first comments since he and his friends Richard Molloy and Declan Carson fell seriously ill while in Turkey. 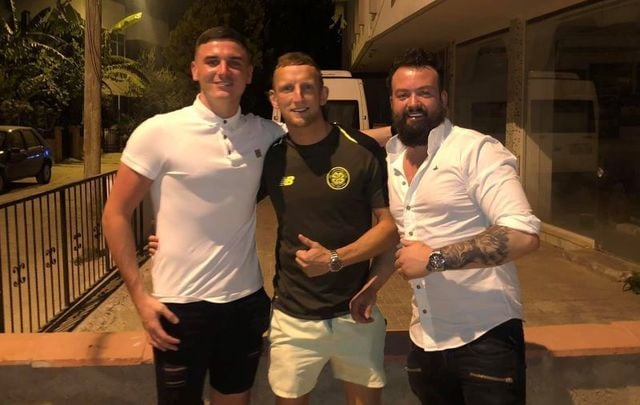 Belfast man Aaron Callaghan has paid tribute to his friend Richard Molloy who passed away while in Turkey on October 3.

Callaghan traveled to Turkey with Molloy and their friend Declan Carson, reportedly to undergo a teeth whitening procedure. In the early hours of October 3, the trio fell seriously ill - Molloy died, and Callaghan and Carson were both hospitalized.

On October 7, Callaghan offered his first public comments since the story made international headlines. Callaghan said in a public Facebook post: “Thank you folks for all the well wishes and messages, too many to get back to individually but it’s means the world.

“Thankfully me and Declan are safe and back up on our feet but thoughts and prayers are with the Molloy family on the tragic passing of big Richie.

Callaghan's Facebook post has been liked more than 3.1 thousand times at the time of publication and has received nearly 300 comments.

Thank you folks for all the well wishes and messages, too many to get back to individually but it’s means the world....

This was Callaghan's first public Facebook post since October 2, when he shared this snap of the trio enjoying their trip:

Less than a day after Callaghan posted that picture on October 2, 33-year-old Molloy had died, and Callaghan and Carson were hospitalized after falling seriously ill.

Callaghan and Carson were each reportedly intubated and in a coma over the weekend, but are now on the mend.

Initial reports insinuated that Molloy may have died from medication related to the teeth whitening procedure, but a spokesperson for Adnan Menderes University hospital denied this, saying: "There is no health condition associated with the tooth whitening process.

"Detailed information about the illness and its conditions were given to the competent authorities."

On Tuesday, The Times reported that two arrests had been made in relation to the incident.

On Wednesday, Callaghan shared a lighthearted tweet thanking his friend “for the goods” - Lucozade, Dairy Milk, M&Ms, and Harbo treats:

A post-mortem is reportedly being conducted on Molloy. His sister has traveled to Turkey and his body is expected to be brought home to his native Northern Ireland this week with assistance from the Kevin Bell Repatriation Trust.