Richard Molloy died while in Turkey with his two friends Declan Carson and Aaron Callaghan, who were left in critical condition after the trio took ill. 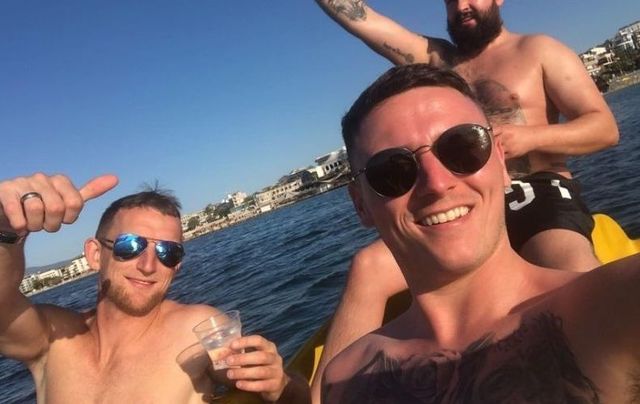 While it is unconfirmed what caused the three men to take ill, The Times reports that officials in Bodrum in Turkey claim the trio “became unwell after taking drugs and alcohol in their apartment” on Friday night.

“Turkish police are understood to have arrested two people,” The Times additionally reports.

Molloy died on Friday night but Callaghan and Carson were taken to local hospitals in critical conditions, which have now said to improved.

The Scottish Sun reported on Monday that Callaghan’s parents arrived in Turkey on Sunday. Mark Callaghan said: "Our son is getting better, he can talk, but Declan's situation is not clear yet.”

The Scottish Sun said that Callaghan was able to give a statement to local police, but details of his statement were not made public.

The Kevin Bell Repatriation Trust, based in Northern Ireland, is working with Molloy’s family to bring the 33-year-old’s remains home

Colin Bell told The Belfast Telegraph on Tuesday: "I have been in contact with Mr. Molloy's sister, Lydia, who was due to meet with the undertaker later today.

"She seems very strong and has travelled out there to do a job.

"The repatriation will take about four or five days as Richie's body will have to be released to the undertaker, hopefully later today or tomorrow.

"Preparations will then have to be made to fly him home and all the various papers signed too."

Bell noted that Callaghan and Carson are "out of danger and conscious."

He added: "I understand that they are off their life support machines and talking so that's a good sign.”