The main suspect remains in hospital, yet to be arrested, as police continue to gather evidence in the shocking murder of Ashling Murphy in Tullamore last week. 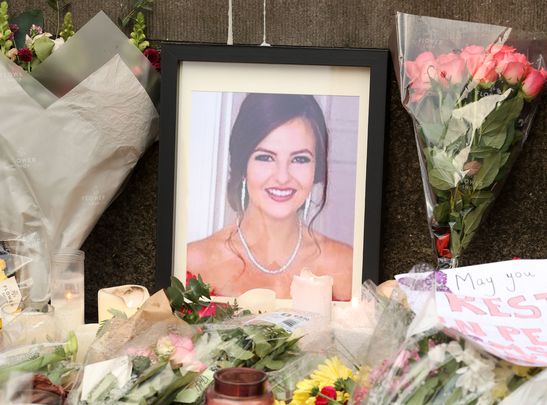 The police are continuing to search for DNA evidence and build a profile around the suspect in the murder case of Ashling Murphy that's shocked Ireland and the world.

Police are still waiting to interview the main suspect in the Ashling Murphy murder investigation after the 23-year-old woman was killed mid-afternoon while out for a walk along a popular promenade in Cappincur, Tullamore, County Offaly.

Conor Lally, the Crime and Security Editor for the Irish Times, told Newstalk on Monday morning that the suspect had presented himself to a Dublin hospital with "injuries he couldn't explain". Health workers thought this was suspicious and contacted the police.

Ashling Murphy had left Durrow National School where she was a primary school teacher and gone directly for a run alongside the Grand Canal, at Tullamore. At about 4 pm, on Wed, Jan 12, she was attacked and murdered. Her attack was interrupted by two women who raised the alarm. She was pronounced dead at the scene.

The suspect presented to a hospital in Dublin on Thursday evening. Speaking to Newstalk, Lally said "The chief suspect is obviously still in hospital being treated for those injuries.

"While he is there, Gardaí are essentially waiting to be able to speak to him - he has to be assessed - some of the wounds that he had were quite serious.

"We just don't know when he'll be interviewed by the Guards.

"We know that he has links to the County Offaly area, he's a man who has a partner and children.

"He presented to hospital in the company of a relative of his last Thursday evening.

"He really had wounds that he wasn't able to explain - and when medical staff started talking to him, they very quickly established that he had links to the Tullamore area.

"Because of that, and because he had wounds that he wasn't able to explain, they called in the Guards.

"And really when the Guards started doing their checks on him, he very quickly became a person of interest".

While the suspect remains in hospital, the police have been searching areas of interest throughout the weekend.

"There was an awful lot of work that went on during the weekend: people will have seen that there are searches now really all over the place.

"There's been two vehicles taken in by the Guards, they're being examined.

Lally added that investigations by the Grand Canal are ongoing.

"While all of that's been going on, the Grand Canal is still actually being searched by Garda divers - and specifically what they're looking for there is any weapon that the killer may have had on him.

"That work is actually still underway".

Meanwhile, the Irish Sun reports that police are examining phones linked to the hospitalized chief suspect and are speaking with his relatives to build a profile. These phones are being examined with the hope of pinpointing the suspect's movements during the hours before Ashling Murphy's murder.

The Sun also reports that the suspect's injuries are to his hands and face, insinuating that these are defensive wounds carried out by Ashling Murphy during her attack. The Garda National Technical Bureau are attempting to recover more crucial DNA evidence linking Ashling Muprhy to the suspect.

Since Ashling Murphy's brutal and shocking murder, an outpouring of support and emotion has been seen around the world. Vigils and memorials have taken place around Ireland including Bantry, West Cork, Greystones, Co Wicklow, Birr, Co Offaly, Kilkenny, Athlone, Co Westmeath, Lurgan, Co Armagh, Ballincollig, Cork, and Sligo, as well as various locations around Dublin. Further afield vigils were held by the Irish communities in London, New York, Barcelona, Brussels, Manchester, and Dubai.

Over the weekend at the Church of the Assumption in Tullamore, Fr Joe Gallagher told his parishioners "Life can be so cruel, and we don’t know why.”

Referring to Ashling Murphy's friends and family, he said "We cannot even begin to understand their pain and we want to reach out to them and carry them through this awful time.”