Martin Comney served three years in prison for the manslaughter of 19-year-old Una Lynskey in 1971 after allegedly being beaten into a confession. 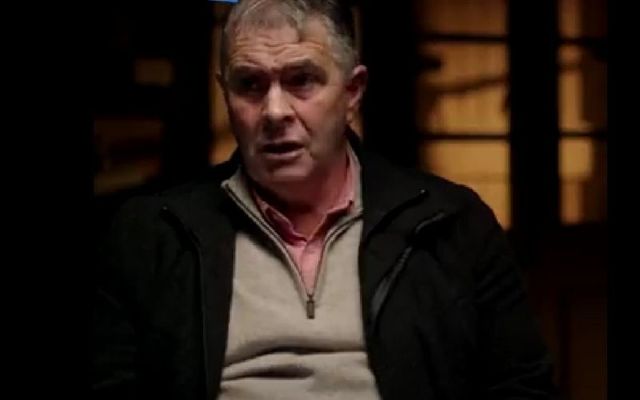 A new RTÉ documentary tells the harrowing story of a young man who was wrongfully convicted of the manslaughter of a young Meath woman in 1971 after he was allegedly beaten into signing a forced confession.

Martin Comney served three years in prison for the manslaughter of 19-year-old Una Lynskey, who went missing while walking home from a bus stop in County Meath in October 1971.

Comney, 20, and his friends Dick Donnelly, 23, and Martin Kerrigan, 19 were arrested in connection with Lynskey's disappearance.

Kerrigan and Conmey were allegedly coerced into signing confessions after being beaten by investigating officers. Donnelly refused to sign any confession.

Conmey and Donnelly were both convicted of manslaughter, but Dick's appeal was successful and he was released after spending several months in prison.

Conmey, however, spent more than three years in jail and his conviction wasn't overturned until 2010. In 2014, the Court of Appeal ruled that Conmey had been the victim of a miscarriage of justice.

The story was told during the first episode of reporter Mick Peelo's new three-part series, "Crimes & Confessions", which aired on RTÉ on Monday, January 10. The riveting and simultaneously shocking series focuses on tales of the Garda "Heavy Gang", whose alleged interrogation techniques gained notoriety during the 1970s and 1980s.

Donnelly, Kerrigan, and Conmey were seen in the lane where Lynskey went missing, but gardaí ignored witnessed who place them at the scene hours after she vanished.

**New series**
Examining 3 of the most notorious miscarriages of justice from the 1970s and 1980s, beginning with Martin Conmey and the disappearance of Una Lynskey in 1971

The documentary sets out that Detective Inspector Hubert Reynolds and Sergeant John Courtney, along with Garda Brian Gildea from Balbriggan Garda Station, attempted to beat confessions out of the three men.

Conmey and Donnelly, who both feature in the documentary, claimed that Garda Brian Gildea shoved a hot poker into Kerrigan's arm and sides in order to coerce him into a confession. Donnelly died in October 2020 but features in the documentary through audio recordings.

The documentary also features an interview with Christo Ennis, who was in a nearby cell at the time of the alleged beatings. Ennis revealed that he recalled hearing men screaming in pain during the interrogations.

The harrowing documentary also explores how investigators ignored six witnesses who reported a new-looking, dark brown Ford Zodiac or Zephyr in the area at the time of Lynskey's disappearance. One witness, who had to swerve his van to avoid the vehicle, told officers that he saw a woman struggling in the front seat.

Ann Donnelly, the widow of Dick Donnelly and the sister of Martin Kerrigan, told the Irish Sun that her family was "being harrassed every day" after the investigation.

"There'd be people pulling over at our house and shouting 'murderers', blowing the horn, writing 'murderer' on the ground and sending cards with hangman," she told the Irish Sun.

She is calling for a public apology for her late husband in addition to one for her brother, who was beaten to death before his name was cleared.

The remaining two episodes of Crimes & Confessions will air on RTÉ One on January 17 and January 24 at 9:35 p.m.