A man has been identified as a "person of interest" in the murder inquiry after he presented himself at a Dublin hospital with "serious facial injuries" on Thursday night. 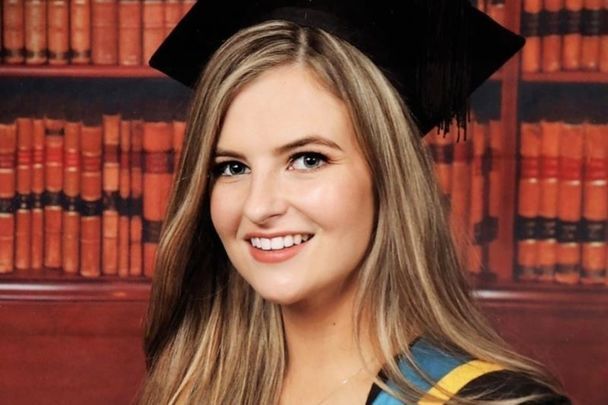 Gardaí are believed to be closing in on a new chief suspect in the murder of Ashling Murphy, the 23-year-old primary school teacher who was killed while going for a run in broad daylight in Tullamore, County Offaly, on Wednesday afternoon.

A man has been identified as a "person of interest" in the murder inquiry after he presented himself at a Dublin hospital with "serious facial injuries" on Thursday night. The hospital later alerted gardaí.

He is understood to be a married man with young children who splits his time between South Dublin and a town outside Tullamore.

The Irish Independent reports that the injuries are self-inflicted stab wounds.

Gardaí are maintaining a presence at the hospital pending the man's discharge and he is expected to be questioned imminently.

Gardaí have obtained a DNA profile and fingerprints from a Falcon Storm mountain bike left at the crime scene by the alleged killer.

The man was identified as a person of interest because he resembled a suspect that witnesses described to investigating officers. This suspect was also identified from CCTV cameras in Tullamore.

Ashling Murphy was killed at around 4 p.m. on Wednesday on the banks of the Grand Canal in Cappincur, Tullamore.

She had left her job at Durrow National School an hour earlier and went directly to the canal to go for a run.

Her alleged killer appears to have followed her on a mountain bike for some time before attacking her and strangling her to death, according to the Sunday Times.

Gardaí believe that Ashling tried to fight off her killer and say that she could have inflicted defensive wounds.

The killer was seen by two witnesses.

Radu Floricel was held for more than 24 hours at Tullamore Garda Station between Wednesday afternoon and Thursday night.

He was later excluded from investigations after CCTV footage from a local store proved he was there at the time of the attack.

Ashling's death sparked widespread shock and anger across the country, which has been in a state of mourning over the past three days.

More than a dozen vigils were held in Ashling's memory in towns and cities across Ireland over the weekend, with thousands of mourners gathering outside the Dáil on Friday afternoon and thousands more gathering in Tullamore Town Park at the same time.

Hundreds of mourners attended a vigil and walk at the Atlantic Pond in Cork on Saturday morning, while hundreds of people also gathered in London and New York over the weekend to pay their respects.