The Independent Campaign for Truth and Proper Healthcare plan to march through Cork city center at 2 p.m. on Saturday, while a vigil for murdered teacher Ashling Murphy will take place in the city at the same time. 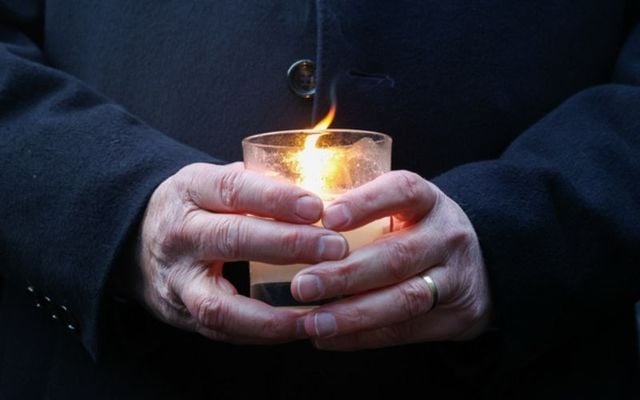 Taoiseach Micheál Martin holds a candle at a vigil for Ashling Murphy outside Dáil Eireann on Friday afternoon. Rolling News

The organizers of a vigil for Ashling Murphy in Cork City on Saturday afternoon have condemned a Covid "civil rights and truth" group who refused to defer a march scheduled to take place in the city at the same time.

The Independent Campaign for Truth and Proper Healthcare plan to march through Cork city center at 2 p.m. on Saturday before holding a rally at Bishop Lucey Park.

The march will clash with a "standout vigil" for Ashling Murphy, which will take place at the same time at the junction of Patrick's Street and Winthrop Street.

Solidarity councilor Fiona Ryan, who helped organize the vigil along with feminist movement ROSA Cork, hit out at the organizers of the "March and Rally for Truth and Civil Rights" for refusing to alter the route of the march.

"They could change the route of their march, with no impact on their civil rights or free speech," Ryan told the Irish Examiner.

"It's pigheadedness, especially at a time when men are meant to be listening. This shows a level of arrogance."

Mary Crilly, the head of the Cork Sexual Violence Centre, described the organizers of the rally as "outrageous and selfish".

She said that the country had been "stunned" by the murder of Ashling Murphy in Tullamore on Wednesday afternoon and said that people were looking for ways to express their grief.

"The idea that this ‘civil rights’ march would happen at the same time as a vigil for Ashling Murphy, a march which could be held at a different time, on a different day, it’s incredibly selfish," Crilly told the Irish Examiner.

Rally organizer Diarmaid Ó Cadhla defended the decision to go ahead with the march, arguing that there was not enough time to reorganize the event.

"The logistics involved at this late stage make it next to impossible," he said.

The march will raise concerns about public health restrictions and will call for more "informed consent, truth, and information" about the Covid-19 vaccine.

Speakers will also address the Digital Covid Cert and speak out against what they claim is segregation caused by Ireland's vaccine rollout.

Ó Cadhla told the Irish Examiner that the march is pro-choice and not anti-vaccine.

"We respect peoples’ right to wear masks and take a vaccine," he said.

RedFM reports that rally organizers alerted the organizers of the vigil about the potential clash.

The two groups are reportedly in talks over the issue.