Radu Floricel, 39, was arrested as the chief suspect in the murder of the 23-year-old teacher and held in Tullamore Garda Station for more than 24 hours. 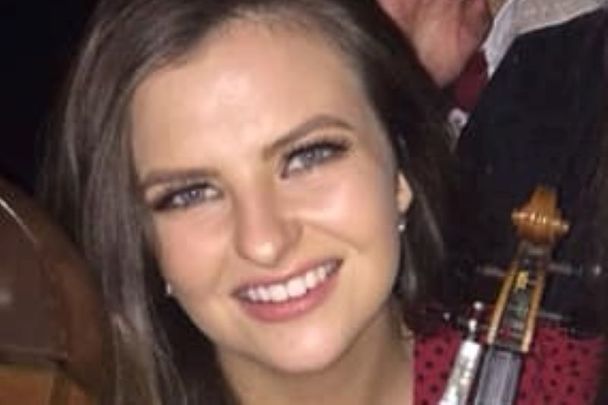 The man who has wrongly arrested for the murder of Ashling Murphy has revealed the trauma of being identified on social media, adding that he was out buying milk at the time of the fatal assault.

Radu Floricel, 39, was arrested as the chief suspect in the murder of the 23-year-old teacher and held in Tullamore Garda Station for more than 24 hours.

He was identified as a suspect in the case because his friend had driven him to a nearby store to buy milk, cigarettes, and coffee.

He subsequently walked home along a grassy towpath on the southern bank of the Grand Canal. The fatal assault took place on a paved cycling and pedestrian path on the canal's northern bank.

Floricel told Offaly Express that he initially thought that his arrest was "a prank".

He was held at Tullamore Garda Station from 5 p.m. on Wednesday until 11 p.m. on Thursday and described his time in custody as the most terrifying experience of his life.

He also said that he has been subjected to "degrading" abuse after being identified in the media and on social media.

"It has been a horrific experience for me, my family, and my solicitor," he said, adding that his solicitor Donal Farrelly had been subjected to verbal abuse as he walked to and from the garda station.

The 39-year-old said that investigating officers took his clothes and fingerprints when he arrived at Tullamore Garda Station and added that he told gardaí the same thing for hours.

He said that he was incorrectly identified in a line-up due to a resemblance to the man who is believed to have killed Ashling Murphy on Wednesday afternoon.

Floricel revealed that his sister was arrested on Wednesday for failing to leave the family home after gardaí declared it a crime scene.

He added that gardaí "destroyed" his house during the search by turning it "upside-down".

Floricel was released on Thursday evening after gardaí released a statement confirming that he had been excluded from their investigations.

He said that CCTV footage from the Centra store in Tullamore proved that he was there at the time of the attack, while his credit card history also proved his innocence.

He expressed sympathy for the Murphy family, stating that he couldn't imagine what they were going through.

"I feel terrible for the misfortune of the young woman and the family. I can't even imagine what they are going through," he told Offaly Express.

He said that he had "respect" for An Garda Síochána but added that the situation had been very difficult for him.

Floricel has been living in Ireland since he was 16 and first lived in Dublin with his parents, where they ran a restaurant.

They later relocated to Offaly and opened a coffee shop in a shopping center in Tullamore.

Floricel studied at the Athlone Institute of Technology and has previously worked in a phone store and a gaming arcade. He has a daughter and is estranged from her mother.

He said that he lives in the same house as his mother, sister, and grandmother, adding that the family has integrated into the local community.

"My mother is a voice trainer for singing and speech therapy. She has had students from all different families in town. A lot of families and people know us.

"We are a proud Romanian family. We don't think that should be seen as degrading or anything like that."