Ashling Murphy remembered one year after her tragic murder

The family of Ashling Murphy, who was murdered in Co Offaly in January 2022, has asked for privacy as they mark the one-year anniversary of her death. 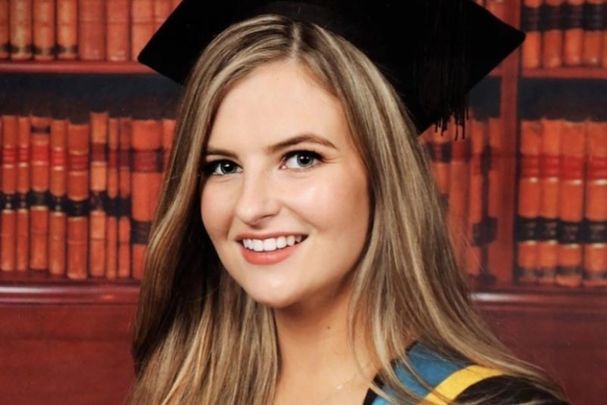 The first anniversary of the murder of beautiful 23-year-old schoolteacher Ashling Murphy, a heartbreaking crime that stirred all Ireland and raised concerns for the safety of women, occurs this week on January 12.

An anniversary Mass will take place in St. Brigid’s Church, Mountbolus, Co Offaly, and her family has asked for privacy, saying they will not be commenting publicly until after the trial of a man charged with her death.

In a message posted on the Ashling Murphy Memorial Fund's Facebook page this week, Murphy's family and friends called for privacy.

“The family of Ashling Murphy acknowledge the interest of both the public and members of the press in the story of their beautiful daughter’s life and tragic death," the statement said.

"The Murphy family are continuing to grieve the heavy loss of Ashling every day and as such have decided not to engage in any interviews with the media until the criminal trial has concluded.”

The message went on to say, “The Murphy family request that their privacy, as well as the privacy of their extended family and friends, be respected going forward.”

Privacy and respect is requested for the Murphy family, Ashling’s partner Ryan, the extended Murphy, Leonard and Casey...

The Ashling Murphy Memorial Fund was set up and registered with the charities regulator to honor the legacy of Murphy, who organizers said touched the lives of so many people. The fund will support individuals, groups, and other organizations that Murphy had a connection with and who continue the legacy she left behind.

Murphy's boyfriend Ryan Casey has shared an emotional tribute via the Ashling Murphy Memorial Fund on the eve of the one-year anniversary.

Casey said in part: "Everything I have done and everything that I do is completely for you.

"I Love and miss you so much Ash."

On the eve of Ashling Murphy’s 1st anniversary, Ashling’s loving partner Ryan pays tribute to his soulmate… “Time can...

On January 12, 2022, Murphy was murdered in what detectives described as a random attack by a lone man as she jogged on a walkway along the Grand Canal in Tullamore, Co Offaly.

Her death provoked a number of rallies across the country amid widespread concern for the safety of women.

The nationwide grief reflected the suffering of a popular country family who loved music and sport. Dozens of musicians responded to an invitation from Ashling’s sister Amy to bring their instruments and play at her burial.

Father Michael Meade, who presided at the funeral, told her family and her boyfriend of six years Ryan Casey, “You have been robbed of your most precious gift, a gift that gave only joy and love, fun and laughter to many beyond your family.”

Jozef Puska, 31, with an address in Mucklagh, Co Offaly, is in custody awaiting trial for her murder.